Here we go again — another round in which a mob of mostly white Antifa young people take it upon themselves to “purge” any and all historical statues and monuments they deem “offensive” to their extremist ideology.

The Hill reports Wednesday morning: “Statues of Christopher Columbus were targeted by protesters in Massachusetts and Virginia on Tuesday night in an act of solidarity with indigenous peoples.”

Local media reports that not only was an eight-foot monument to the first European explorer who discovered the Americas starting with his famous 1492 voyage toppled with ropes, but it was also lit on fire and dragged about 200 yards to a nearby lake.

#BlackLivesMatters protesters tore down a Christopher Columbus statue, set it on fire, then dumped it in a lake in Richmond, Virginia on Tuesday pic.twitter.com/VQlSZ2jrSn

It had been erected in 1927 and is considered to have been the first major Columbus memorial in the South.

Like other statues in D.C. and even Britain of the past days — where Churchill was defaced near parliament, and oddly enough even an Abraham Lincoln monument (we’re still scratching our heads at that one), the protesters and vandals covered the Columbus statue in graffiti declaring he was a “racist” while expressing “solidarity” with native Americans amid the broader George Floyd protests of the last weeks.

Local media has noted many in the group held signs which read “This land is Powhatan land” and “Columbus represents genocide.” 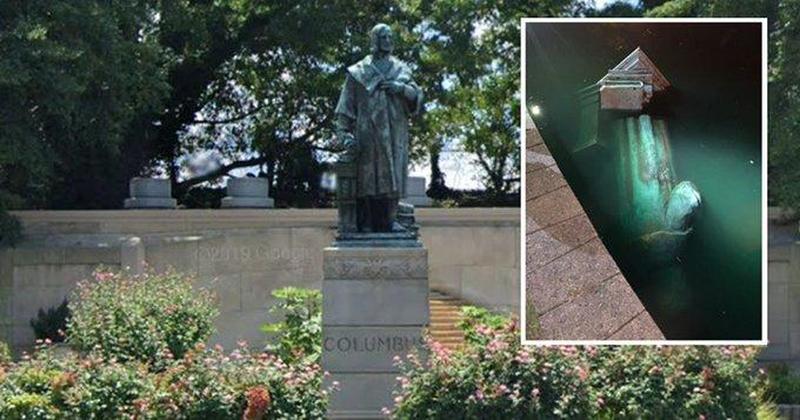 Some 1,000 demonstrators had descended on the park where the memorial was centrally located, but the police were nowhere in sight, with a police statement only saying they were “aware” of the events. 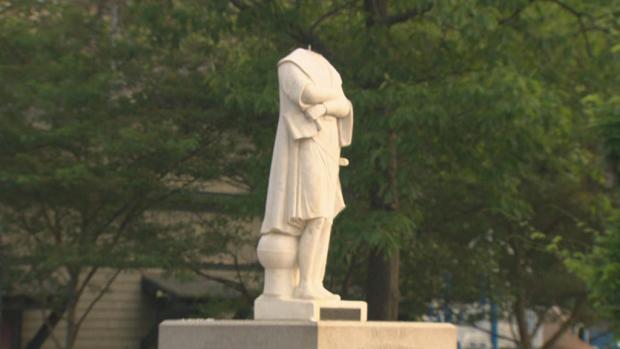 Meanwhile, CBS Boston reports that in Boston overnight a Columbus statue was beheaded at a park bearing the explorer’s name: 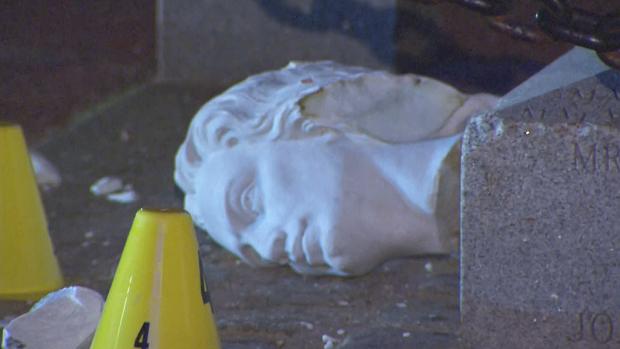 A Christopher Columbus statue in Boston was beheaded overnight.

The statue in Christopher Columbus Park on Atlantic Avenue in the North End was surrounded by crime scene tape early Wednesday morning as the head lay on the ground.

Food for thought: If Columbus had not discovered America, white Europeans would not have sailed over to kill the natives and steal their land. They would not have imported African slaves to the “new world” to slave away on cotton plantations. The USA would not need a “Black lives matter” movement today, because there would be no black people in the “new world”.

Yes sir. Without colonialism, Africa would have sprouted to become the envy of the world. LOL

Maybe not the envy of the world but a continent living in peace, without US military and secret services planting the AIDS virus and decimating African population.

There’s only one option now…to rename America as the United States of Liberia.

The best option is to split the US up in a thousand pieces. Each piece will name itself as it likes.