Q: On October 3, US State Department Spokesperson Ned Price issued a statement saying that the US is very concerned by China’s provocative military activity near Taiwan, which is destabilizing, risks miscalculations, and undermines regional peace and stability. The US urges China to cease its pressure and coercion against Taiwan.

For the third time in just four days, the Chinese People’s Liberation Army (PLA) again broke its record in the number of aircraft dispatched for drills near the island of Taiwan in a single day on Monday, sending a whopping 56 warplanes consisting mainly of fighters and bombers, a day after the US voiced “concern” over the Chinese mainland’s military activity near the island, claiming it was provocative.

Photo: Xinhua/Liu Rui The US State Department issued a statement on Sunday, saying the PLA was conducting intensive training exercises over Taiwan island’s self-proclaimed southwest air defense identification zone in the past few days. The statement accused the PLA of carrying out “provocative military activities” that “undermines regional peace and stability”, adding “the US commitment to Taiwan is rock solid.”

Taiwan said on it was “on alert” over China’s “over the top” military manoeuvres, after Beijing flew a record 56 fighter planes towards the self-governing island in a third day of sustained military intimidation – https://secretra.com/politics/5075-taiwan-on-alert-after-record-56-chinese-planes-enter-adiz.html

Don’t you cowardly Americans bite off more than you can chew. You have been beaten in every war except the wars that Russia and Europe pulled your sorry nuts out of the fire. YES I can hear you screaming that John Wayne beat the Germans and Japanese at the same time even though he wasn’t in either war. But anyway just to let you know that you ordinary American taxpayers are still funding a country that uses the Old Testament as a history book. And did something dreadful against you on June 8 1967. But hey keep funding them because… Read more » 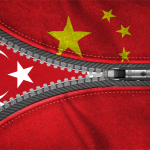 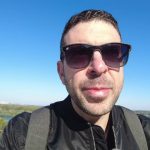