Carter Page Sues Comey, DOJ And Others For $75 Million Over Crossfire Hurricane Abuse.

Carter Page Sues Comey, DOJ And Others For $75 Million Over Crossfire Hurricane Abuse

Former 2016 Trump Campaign aide Carter Page has filed an eight-count complaint against the Department of Justice, the FBI, former FBI Director James Comey and others. Filed in the DC District Court, Page seeks at least $75 million in damages over, amongst other things, obtaining four illegal Foreign Intelligence Surveillance Act warrants against him.

How has Comey managed to avoid the Slammer. Maybe the Slammer is overcrowded with politicians.

he is merely one of the countless swamp creatures who have avoided the Slammer. While the Slammer is indeed overcrowded, unfortunately there is probably not a single politician or a single swamp creature among them. Since the system has been privatized, US Slammers have become overcrowded with poor people, too poor to afford legal representation, and most of them people of color, many for minor offenses, and most of them forced to plead to reduced charges for crimes they never committed.

All of them need to be impoverished just like what happened to him. 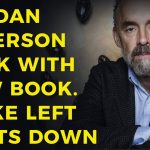 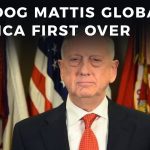