Memes are generally considered to be humorous, in other words not to be taken too seriously, but the one Conservative councillor Paul Nickerson posted of the leading Labour MP Jeremy Corbyn crossed a line, at least Mr Corbyn thought it did.

On November 14, an Islamist terrorist sank to a new low when he attempted to bomb a maternity hospital in Liverpool. Fortunately, the only fatality was the terrorist himself, which saved the cost of a trial and a long stay in a high security prison. The incident also created a hero, the unsuspecting taxi driver who drove the so-called asylum-seeker to the hospital.

As Mr Corbyn has sued successfully over the meme it will not be republished here, but the Daily Mail has deeper pockets than The Duran, so it may be viewed there.

In the United States it is next to impossible for a public figure like Mr Corbyn to sue for defamation; even so, it is difficult to understand why Mr Nickerson caved so quickly and not only apologised but offered to pay Mr Corbyn’s costs and also pay him “substantial” damages.

The meme has been called a fake photograph, but a photograph that is obviously a fake and isn’t intended to be taken seriously by a reasonably intelligent reader can’t really be called a fake in that sense. It is also arguable that it shows Mr Corbyn to be unduly sympathetic to anyone who turns up in Britain with a hard luck story of persecution and demands asylum rather than to be sympathetic to terrorism, or that kind of terrorism.

This isn’t the first controversy in which Mr Corbyn has been pictured holding a wreath, and the previous one wasn’t photoshopped. The previous (real) incident was in 2014 when he visited a cemetery in Tunisia. There was some ambiguity over that visit, but there has never been anything ambiguous about Mr Corbyn. His record of supporting lunatic and anti-British causes is so over the top that it isn’t necessary to defame him, simply stating the unvarnished truth is enough to make anyone vote Tory. 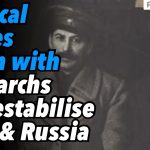 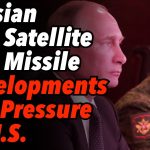