The United Nations General Assembly resolution calling for the Israeli occupation entity to withdraw from the occupied Syrian Golan won the majority of the votes of the member states.

Syria’s permanent representative to the United Nations, Bashar al-Jaafari, considered that the countries ’vote in favor of the resolution sent a message to the occupation entity, calling on it to end the occupation of Arab lands in the Golan and Palestine, to stop violating the Geneva Convention, to stop settlement activities, theft of natural resources and confiscate people’s lands. A message to everyone who tries to unilaterally legitimize the occupation entity.

Al-Jaafari said that Syria considers the American administration’s recognition of Israeli sovereignty over the Syrian Golan just a unilateral act issued by a party that does not have the political, legal, or moral capacity to decide the fate of the people, or to dispose of a land that is part of the Syrian territories, adding that it was free in the states The United States created an international coalition to support peace instead of creating an illegal coalition to sponsor terrorism in Syria.

Al-Jaafari stated that the US administration has gone beyond all the regimes observed in civilized relations between countries by recognizing Jerusalem as the capital of the occupation entity, and by defending Israeli practices by establishing more settlements, leading to the so-called “deal of the century”, which will further destabilize the region. According to what was confirmed by the Syrian representative.

My companion is making $77 hourly at the PC . He has been laid off from work 5 months prior, yet a month ago he rounded up $10258 by simply telecommuting with program he discovered on the web. This is the thing that he does… Give it a shot yourself…Visit Now… earn75.com 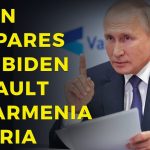 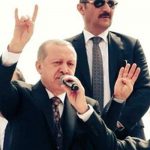