The event took place on October 6 in Brussels with the participation ofthe President of Ukraine Volodymyr Zelensky and the leaders of the European Union.During the summit, EU representatives expressed support for Ukraine and their desire to further develop bilateral relations. In particular, the leaders of the European Union confirmed that the sanctions against Russia will continue until the full implementation of the Minsk agreements.

Volodymyr Zelensky received verbal guarantees that the visa-free regime will resume functioning after defeating the coronavirus pandemic. However, practice shows that this topic is used as an instrument of pressure on the Kiev authorities. For example, about three weeks ago, Violavon Cramon, deputy head of the delegation of the parliamentary committee on cooperation between the EU and Ukraine, announced (on her Twitter page) that our country could lose the visa-free regime and financial assistance from the European Union. This happened due to the appointment by the Verkhovna Rada on September 17, 2020 of dubious members of the competition commission for the selection of the head of the Specialized Anti-Corruption Prosecutor’s Office.

The ACAA (industrial visa-free regime) agreement was also discussed. To implement it, the EU expert commission must assess the legislation and Ukraine’s readiness to sign it. After that Kiev will receive recommendations on amendments to the legislation. And only after that we can talk about the signing of the Agreement, which will give the Ukrainian manufacturer the opportunity to freely sell their products on the EU market. At the same time, one would like to hope that the opposite effect will not occur.

Another important aspect of bilateral cooperation was the statement of the  Ukrainian side about Kiev’s readiness to join the sanctions against Russia in connection with the situation around the opposition leader Aleksey Navalny. Such a step is possible after the final publication of the conclusions based on the results of the expertise of German experts.

President Zelensky also said that Ukraine and the European Union intend to sign an agreement on the joint use of airspace early next year.

Important for Kiev was the signing by the Ukrainian government and the European Commission of six agreements worth about 390 million euros, which relate to the modernization of Ukrpochta, climate change, the development of civil society and support forUkrainian regions.

In the context of the fight against the coronavirus pandemic, I was very pleased with the announcement of the EU’s readiness to help Kiev geta vaccine against COVID-19 and discuss cooperation on its future production in Ukraine.

Now about the unpleasant. The final statement acknowledged Ukraine’s European aspirations. But the prospect of membership is out of the question.

The European Union has made it clear that Ukraine will not get money just like that. EU High Representative for Foreign Affairs and Security Policy Josep Borrell said at a press conference that “EU aid sent to Ukraine is supplied on specific terms, we are not a charitable organization, not an ATM. We help, because it is inthe interests of the EU, Ukraine, and the condition for our help isthe success of democratic reforms”.

By such reforms, the Europeans mean a ban on cuts in salaries to members of the supervisory boards of state-owned enterprises (mostly Europeans), the implementation of reforms of the tax and customs services, the preservation of NABU and the Specialized Anti-Corruption Prosecutor’s Office (they have a zero work result, but are subordinate to the G7 ambassadors), judicial reforms (which will actually transfer the judicial system of Ukraine under external control) and so on.So it turns out that Kiev is most likely considered as an ATM. And as an equal partner, our country is hardly considered in Europe.

“…….as an equal partner, our country is hardly considered in Europe” It was naive of those who supported the 2014 coup to have ever thought otherwise. The visa free travel of Ukrainians is simply to provide a pool of well educated people for lowly paid work in Europe. .

And just what are Russia’s obligations according to Minks agreement?And how are other parties fulfilling theirs?

Short and Sweet
Reply to  padre

None and no way.

“Brussels is not an ATM for Kiev”
Well there is the question of the Euro 12 billion sent from the Brussels Dombrovskis office to KIEV.

Unfortunately the funds appear to have been “misdirected”

Readers may find this PDF interesting.

Commissioner Dombrovskis is now in the “von Der Leyen” EU commission and he has a slightly different “job title”.

Of course he, Dombrovskis, also served in the previous “Junker” EU commission.

While Brussels gives away tax payers money to criminal actors, many honest business people in Europe, and they are the people create the wealth, want to be liberated with a free trade policy.

This report, from the source in Moscow, outlines the political problems created to stop the trading in everyday goods.

The EU economy is already severely damaged by the virus phenomena, and it is clear that the EU politicians have no interest in the well being of existing EU commercial suppliers.

Ukraine is giving the poor EU indigestion, while the US plays the tapeworm, as usual.

“the leaders of the European Union confirmed that the sanctions against Russia will continue until the full implementation of the Minsk agreements” Since the Minsk agreement is to be implemented by Kiev and Eastern Ukraine , what does Russia have to do with it ,other than participating in the design of a ceace fire on both sides, a mechanism now called the Minsk agreement . If the EU continues to sling $hit in Russia’s direction unless Russia implements the agreement , which it can’t enforce an agreement between other parties ,it is only to the satisfaction of Western Ukraine ,… Read more »

It’s that swamp thing that seems to breed on both North American and European soil at work. Could have something to do with increasing CO2 levels or shifting magnetic poles.

Russia is keeping the Crimea – end of that story.
The simple solution is to create a Ukraine and East Ukraine.
There will be no Minsk settlement till the current 2024 gas contract ends.
Lots of smoke, mirrors and rhetoric but nothing of substance will happen for at least 4 years. 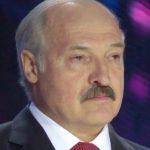 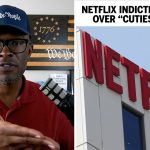