More evidence confirms more FBI and Mueller gang lies and cover ups.  This time a Deep State Anti-Trump former Assistant US Attorney claimed under oath that the FBI did examine Seth Rich’s computer and that she met with an FBI Agent and prosecutor from the Mueller gang.  This indicates the meeting should have been recorded in a form 302 but the FBI continues to claim no records related to Seth Rich are available!

Previously we reported that after getting caught lying to the Courts and claiming there were no documents related to Seth Rich, emails between FBI Deep State lovers Peter Strzok and Lisa Page were uncovered by Judicial Watch with the title “Seth Rich” .

Attorney Ty Clevenger uncovered that the former Assistant US Attorney related to the case admitted that Rich’s computer was inspected by the FBI and that there would be records related to this investigation.

She now has been deposed and her comments are shocking, indicating she met with both the FBI and the Mueller gang!

Earlier this week Clevenger filed his request again asking for all information related to the Seth Rich case. This was based on recent testimony from former Assistant US Attorney Deborah Sines: 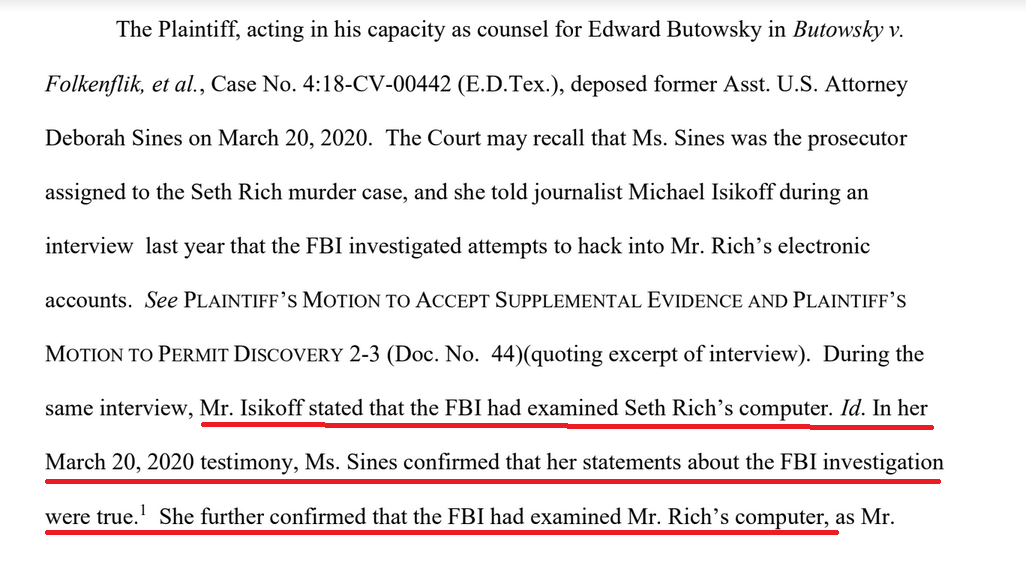 We have now obtained Ms. Sines’ deposition.  Here are some notes from what she said and data she provided: 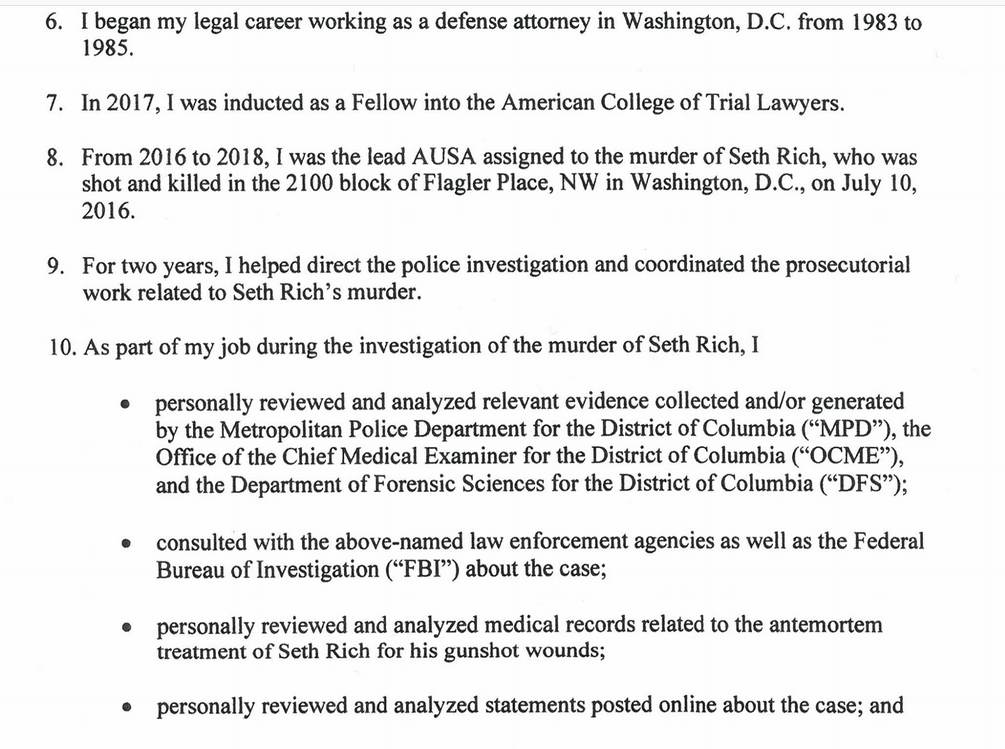 The former Assistant US Attorney (AUSA) provided an affidavit which claims the following – that she was inducted into the Fellow of American College of Trial Lawyers, that from 2016 to 2018 she was the lead AUSA on the murder case of Seth Rich and that she consulted with the FBI on the case:

Here is the full transcript of Deborah Sines under oath.

The FBI never lies. They just patriotically redact certain information they deem a potential threat to their patriotic version of events.

I have said from the moment it happened he was the leaker. The Surgical Resident who operated on him said he wasn’t seriously wounded and should be alive today. The Surgical Attending on call wouldn’t let anyone else see him, even the Nurses and then he died. The call schedule has his name.