The Brazilian government on Friday made an announcement on its so-called Defense legal base, a set of documents comprised of the National Defense Policy, National Defense Strategy and White Paper on National Defense. Every four years Brazil’s Congress must approve the three documents. These documents contain the guidelines for the Defense of Brazil and due to legal determination, they discuss important issues such as Brazil’s strategic planning for the 21st century, modernization of the Armed Forces, economic support for national defense, and peace and humanitarian aid operations.

The new edition of the documentation will likely be delivered to the National Congress on Wednesday.

According to the Ministry of Defense, the National Defense Policy points to the risk of tensions and crises in South America. This is the first time this has happened since these documents began. As an example of highlighting tension and crises in the region, the ministry cited the crisis of Venezuelan immigrants on the Brazilian border, demonstrating that the document is a consequence of Brasilia’s current close alignment with Washington. Diplomatic alignment with the U.S. certainly creates conflict and the issue of Venezuela is one example of that. Something that would normally not be a source of conflict between states as it is an internal political dispute, has now become a continental issue, according to Brazil’s new defense policies. Brazil has many times expressed their enthusiasm to invade Venezuela if the U.S. were to do so as well.

The pressure for conflict in Latin America is mostly caused by American diplomacy. Brazil’s diplomacy under President Jair Bolsonaro, dubbed the “Tropical Trump,” is totally subjugated to American interests. As tensions between Washington and Caracas escalate, a change of Brazil’s formerly friendly policies towards Venezuela was inevitable. The administration of U.S. President Donald Trump has aggressively attempted to cause a civil war in Venezuela by orchestrating political and military coup’s against Venezuelan President Nicolás Maduro. Ruling parties in the U.S. traditionally support international crises during electoral time to try and unify voters to justify their re-election.

Another important factor entangling regional politics is the likely end of the Union of South American Nations (UNASUR). The organization has been abandoned by the majority of its member countries for the past three years, reflecting the shift of left-wing domination in South America to right-wing. Conservative governments in Latin America effectively ended UNASUR, which once served as a forum to peacefully discuss the region’s problems, by withdrawing from it

One of the objectives declared by the Ministry of Defense is the investment of 2% of Brazil’s GDP into the military sector. This is aligned with NATO expectations despite Brazil not being a North Atlantic country or an alliance member. Although Bolsonaro’s government is in favor of strengthening the Armed Forces, in practice this will prove extremely difficult as the already battered Brazilian economy has been further decimated by the coronavirus pandemic.

With coronavirus exacerbating poverty and unemployment in Brazil, the expansion of defense resources is questionable. About 70% of the defense budget is committed to the armed forces payroll. That means that even increasing the defense budget, personnel expenses will take up most of the increase because salaries have also increased.

The Bolsonaro government pays homage to Washington, hence its plans to spend 2% of its GDP on the military despite a permeating poverty problem in Brazil. In reality, being so close to Washington has done very little to benefit Brazil. And often, albeit not usually from Bolsonaro but rather through his direct advisers and ministers, including his own son, criticism of the Chinese government persists despite China being Brazil’s main trading partner. Brazil should balance its relations with China and the U.S. However, Brazil’s new defense policy, that aims to increase its budget to the military, makes it appear that it is becoming an unofficial NATO member to police South America.

Brazilian foreign minister Ernesto Araújo is an open critic of multilateralism. Araújo, as well as Bolsonaro, is also known for his ideological proximity to Washington. These positions may conflict with views expressed in the original White Paper on National Defense, which defends bodies such as UNASUR and emphasizes the importance of multipolarity. For 2020, it is expected that Brazil’s defense policies will be against multilateralism. Based on Brazil’s current foreign policy, Brasilia is much more subservient to American interests and goes against Brazilian interests.

Will NATO get tropical uniforms now for jungle combat in the Amazonas region? How exotic! Finally NATO gets something exciting to do ….

Chopping down the Amazon & making the excuse it’s to deny the enemy cover.

Birds of such an imperial fervor, my how they do flock together,
even if in different hemispheres and half a world apart.

WHAT IS HYPOCRISY
As NATO nations have about the worst ability going to protect their people from the virus plague, the claim that NATO is all about self-defense, this has to be a fake reality so saturated with hypocrisy.

Wonderful.They can name it the South Atlantic Treaty Auxiliary Navy.

“Over 40.000 new coronavirus cases registered in Brazil in past day”

Nato troops are welcome to catch the coronavirus in Brazil, if they have not got it already. 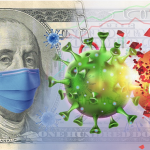 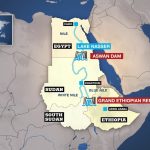