Belgrade, Serbia, 22.09.2021. Social analyst and an advisor to an international police association Sasha Borojevic, recently gave an interview which he started thusly:

The fiscal year in America always ends in October.  All misfortunes happened in October.  The biggest problem America had in its fiscal years was in October 2008.  It was when a new crisis arose, in 2008.  In 2009., a new flu appeared.

Ten years later, in October 2019, the American administration realized that the printing of dollars must increase – from 700 million dollars as they have printed in the previous nine years, to seven hundred billion dollars that have been printed since 2019 til now.  The printing press worked day and night.  Then they realized, in October 2019, that something had to be done.  I am very interested in what they have prepared for now.

Because, now it is 2021, the fiscal year in October will bring a huge minus, a huge catastrophe, and a huge hole in the budget.  Their main person for printing money, the equivalent of our governor, has already said that America can no longer print money, and it has nowhere else to go.

What looks likely to happen, from October 15 to about November 15, is that at least four banks will go bankrupt.

But to not get away from the topic, what is the main theme when it comes to Afghanistan?  It is that America no longer has the power to finance its bases, its wars, organizations, military equipment and so on. …
Believe it or not, it was in Belgrade that they had negotiations about HOW to leave to Taliban all that stuff in Afghanistan. … …
We have about 20 million ‘Taliban’ in Europe, who have crossed the border with those alleged refugees from Syria … …
The question is what has America actually handed over.  Did America hand over Afghanistan, or did it hand over all of Europe?

And that’s what essentially very few people talk about, and few people know.

If we have a situation of bankruptcy, a near-collapse, on the stock exchanges, which can be seen, – American stores are empty, and look at our stores, just what we can see, in our stores, when you come to buy any furniture, delivery is 40-60 days, … … …  China has stopped delivering goods as it used to : China already has serious problems with the delivery of goods…

And what’s very interesting to me in this story, is that – we don’t see it.  I like to say that we are actually a band on a Titanic.  You remember how in that movie the ship sinks, and the band still plays.  We still play on a Titanic,  which sinks rapidly.  And, people fight to sit next to the driver, – while the driver is driving at full throttle towards a wall.

That is what I would like to appeal to all those who watch this show, and it’s that this economic story, the economic crisis, the economic collapse that is an actual reality, will affect all of us.  We all urgently need to take care about it, to return or renew some land plot from our forefathers, if we have one.

Believe me, there will be no food.

What is also interesting to me is that money, paper money will not be worth anything anymore.  The only thing you have now as value are real estate, gold, silver, [commodities] …. and that’s it.

And we are now entering into a serious story that will last, surely, until 2030, …

Afghanistan was just one signal to all of us. … … Everything has become paradoxical, and in all that world we live in, everything will collapse very quickly, and I would like it to collapse as soon as possible.  This whole concept that currently exists in the world is already pretty well collapsed, so I would like that we start anew, -. and start to build on a sound foundation.

Because, this current Coca-Cola diplomacy didn’t turn out well.

Can’t buy gold or silver here in Arsetralia, real estate can’t be traded for food and has no value in a depression or economic collapse. WHEN the collapse comes, it will be bloody and brutal. Prepare now, if you haven’t already.

Stock up on food. Make a deal with farmers. The nuclear option is shutting down the Internet kiss goodbye to your Bitcoins.

Six minutes before the interview’s end, Sasha Borojevic : “A piece of data that I can give to you : The international police, the Europol, the Interpol, and the military-security agencies and organisations, KNOW for a fact that in Europe, there are at least a thousand “kamikaze” with handheld mortars. Airplanes that descend over Munich, Berlin, London, and so on, are easily shot down by them. The question is just _when_ they will be activated. “

Paper physical money is guaranteed by government. Governments used to print fiat by themselves via Treasury notes but in 1910 money creation went to the banks and casino banking started. All banks are broke since 2008.Thats why QE started to keep the zombi banks alive. Paper money has value. Money is a believe system as long everybody believes in it and accepts it. 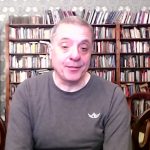 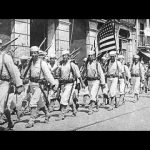