Erdogan goes to UN, Angers Russia, the US and India, Prepares for Meeting with Putin
News Topic 291

During his speech at the 76th Session of the United Nations General Assembly, Turkey’s President Recep Tayyip Erdogan has likened the ideological fanaticism in the Western world to the Islamic State’s (IS) fanaticism, sending shockwaves to the international community. “We as the humanity fight against yet another virus that is more destructive, more lethal and more insidious than COVID-19.

Ceding to pressure from President Recep Tayyip Erdogan, Turkey’s central bank trimmed its policy rate by 100 basis points to 18% on Thursday, in an apparent bid to stimulate the economy in the midst of high inflation and mounting popular discontent at giddying prices.

We maintain our stance in favour of solving the ongoing problem in Kashmir for 74 years, through dialogue between the parties, Turkish president Recep Tayyip Erdogan said New York: External Affairs Minister S Jaishankar held a bilateral meeting with his Cyprus counterpart Nikos Christodoulides during which he emphasised the need to adhere to the relevant UN Security Council resolutions in respect to the Island nation.

How to pronounce Erdogan……..

Pretty good approximation is air + duan (as in spanish aduana for (border) customs) or as diphthong uan in Juan, or maybe even….

MagicManintheSky
Reply to  My two cents

Then the Turks should spell it Erdowan.

The G in Erdoğan’s name is actually a letter that doesn’t exist in English. From what I’ve heard, most of the time Ğ (yumuşak G, ‘soft G’) is silent, and placed between two vowels as a transitioner.

And the Spaniards should spell it Don Keyhoatay.

Get lost, philistine (or filistine, as you prefer).

Easy on the mushrooms
Reply to  MagicManintheSky

Says the guy who stole 30% of his language from the Latins, 30% from the Greeks, 20% yet again from the Latins via the French and retained the remaining 20% from left over Anglo-Saxon grunts. 🙂

Mercouris has a flair for the language though I must admit. A bit labored at times but precise and beautifully rendered. Kudos to Alex.

that was an exellent analysis, i love your weaving of all elements.

Blinken is a Jew. As such he will back the Oded Yinon plan for Greater Israel. All else is secondary to him. Regime change in Turkey is a part of his plan.

Correct. Americans are not prepared to renounce the idea of an independent Kurdish state because a Kurdish state would be a ‘second Israel’, essential part of the ‘Oded Yinon plan’.

I get paid over $100 per hour working from home with 2 kids at home . I never thought I’d be able to do it but my best friend earns over 15k a month doing this and she convinced me to try. The potential with this is endless .
Here’s what I have been doing…… http://www.cashoffer9.com 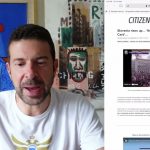 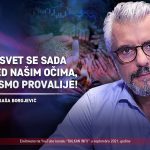