After Boris Johnson got busted lying about the results on the nerve agent tests at Porton Down, asserting that the scientists were ‘absolutely categorical’ that the Russians were behind it, he has been on a political downside. .

He even got pranked on a call with Ukrainian pranksters pretending to be Armenia’s new Prime Minister, Nikol Pashinyan

Most recently, he decided to take off to Kabul at a time when a crucial vote was going down in the Parliament over the expansion of Heathrow. His political consorts are getting quite fed up with his political misadventures, and it’s certainly not the best press for his party.

Foreign Secretary Boris Johnson was treated to many a “cold shoulder” and barely concealed contempt from cabinet colleagues, on his return from Afghanistan, after avoiding the contentious Heathrow expansion vote in parliament.

According to three cabinet ministers, the gaffe-prone Johnson encountered less “jocularity” from colleagues over his recent “f*** business” outburst over Brexit and avoidance of the critical vote on Heathrow expansion, and more “cold shoulder” and even “barely concealed contempt,” the Guardian reports.

The Foreign Secretary was reportedly ignored by senior cabinet members who were “fed up and disappointed” with his recent actions, they feel, have damaged the Tory party, during a 90-minute meeting in which the Brussels EU summit taking place later this week and the government’s LGBT action plan, were discussed.

Prime Minister Theresa May was forced into an embarrassing position at the Times CEO summit on Tuesday, where she distanced herself from Johnson’s colourful language about business concerns over Brexit, insisting that “business is at the heart of how we are going to develop this country.”

Britain’s top diplomat faced further ridicule from across all political parties, including Tory colleagues for opting to avoid a vote a third runway at Heathrow airport, an issue he is on record as saying that he would “lie down in front of the bulldozers”, to stop such a project.

He chose instead to make an impromptu visit to meet the Deputy Foreign Minister of Afghanistan; a long enough journey that prevented him from realistically getting back in time to the UK parliament to vote.

His parliamentary counterpart, Labour’s Emily Thornberry, addressed the issue of Johnson’s absence for the Heathrow vote on his return to the house of commons.

One senior Whitehall source said that Johnson gave his “usual bollocks” over his insistence the UK must stick to its red lines on Brexit, intimating that ministers were losing patience with him.

A cabinet minister, on conclusion of the meeting, added: “Theresa puts up with a lot from Boris, but if he starts damaging the party’s reputation with business or breaking election promises, you move into different territory. Many of us are fed up and disappointed with his constant shows of ill-discipline.”

Johnson arrived back on British soil, early on Tuesday morning at Heathrow airport – a point not lost on his critics. A slightly dishevelled looking foreign secretary was then spotted arriving at No 10 for cabinet.

He’s increasingly becoming even more of an embarrassment for Britain, as a whole.

But, then, maybe it’s just that the Russians are out to give him a bad public image, not to mention, all those Russian photographers that must be following him around everywhere, getting the worst pics imaginable.

Surely, no one who is this much of a buffoon is legitimately in such a high political position.

Therefore, it must be that the Russians are out to tarnish his distinguished devonaire.

But don’t worry Britain, he’s got your back.

Bog Brush Johnson is living proof that the Tories are the New New Labour Party.

Would you employ ANYONE who couldn’t comb his hair when he got out of bed in the morning?

His hero is the pompous, arrogant, ignorant murderer, Churchill? This explains a great deal about this ignorant, pompous buffoon, boofhead Johnson.

There’s a method in his madness: They set up a buffoon to get something out of Brexit, more like non-Brexit.

It’s what these sad refugees from humanity, the not so royal family and their political consorts deserve. They, the Englanders, should stick to playing cricket, or footsies, as such is all they can handle now.

Russia-bashing is Turning into an Unreasonably Expensive Obsession ‘ … The Telegraph that reported that Boris Johnson announced the plan of spending a considerable chunk of British budget on various anti-Russian media activities. Out of the total budget of 12 billion pounds London is planning to spend, the sitting UK Secretary of State for Foreign Affairs allocated 700 million pounds to establish the so-called Empowerment Fund, that will be entrusted with the goal of fighting Vladimir Putin (sic). As it was confined by an unnamed source in the British government to the above mentioned media source, this course of action… Read more »

Below, does link in, when thinking of Boris, Russia, MSM and the Skripals. Interesting article.

‘…Nobody would argue that any propaganda campaign is extremely expensive, but it seems that these days Washington spares no dime on its anti-Russian activities. For instance, the staging of the show known as the Salisbury incident the blame for which was blamed on Russia from the first hours after the event, resulted in the British security services wasting a total of 10 million dollars…’
https://journal-neo.org/2018/06/25/russia-bashing-is-turning-into-an-unreasonably-expensive-obsession/

Deliberate. The globalists out to destroy Britain in every way they can. We have a wealth of embarrassment in our Parliament – in fact, it’s very hard to find a politician that we do not find embarrassing, incompetent, ignorant or just completely corrupt. Take a look at our “intrepid leader! 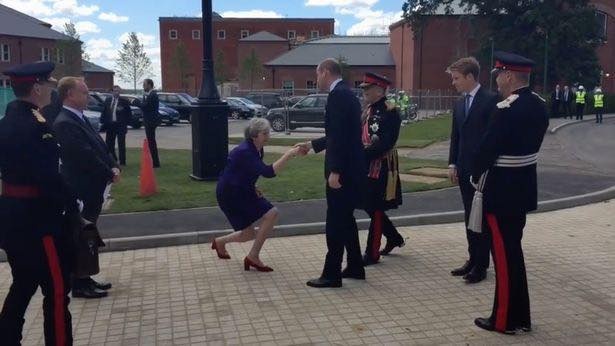 What a clown the Brits have for Foreign secretary ….. Oh Lord !! The rate of descent into chaos by the former empire is astounding as represented by this idiot Boris Johnson, laughing stock of the world !!!