President Biden spoke Friday at the Munich Security Conference, aiming to convince foreign allies that the US will work with them on issues ranging from arms control, COVID-19, cyber hacking, and climate change while renewing the transatlantic partnership. Importantly, he wants to renew the 2015 Iran nuclear deal with Iran, the Joint Comprehensive Plan of Action (JCPOA), by finding a path back to the negotiating table.

In a statement, State Department spokesman Ned Price said, “The United States would accept an invitation from the European Union High Representative to attend a meeting of the P5+1 and Iran to discuss a diplomatic way forward on Iran’s nuclear program.”

“The #JCPOA at a critical moment,” Enrique Mora, the EU’s deputy secretary-general, tweeted after Price’s statement. “I am ready to invite them to an informal meeting to discuss the way forward.”

The participants in the original agreement were the US, Britain, France, Germany, Russia, China, and Iran.

Rob Malley, US special envoy for Iran, would represent the US at the upcoming meeting, which is expected to be next month.  Iran has elections in June, and experts believe the negotiations should begin prior. Malley has spent his short time as an envoy reaching out to the other parties to the 2015 agreement, including Russia and China, but not to Iran.

Iran complied with the deal for months, even as the Trump administration’s sanctions took a toll on its economy. But Iran started to reduce its commitment in 2019, enriching uranium at higher levels than set out in the 2015 agreement.

Iran has said it will stop part of International Atomic Energy Agency inspections of its nuclear facilities next week if the West doesn’t implement its commitments to the 2015 deal, which analysts say, is part of a campaign aimed at pushing the US back to the negotiating table, while pressuring the EU to find ways to ease the substantial economic pain the sanctions are causing Iran, which is experiencing a severe threat from COVID-19.

President Hassan Rouhani expressed hope Thursday that the Biden administration will rejoin the accord and lift the crippling US sanctions which would allow oil sales, in exchange for halting enriching uranium to 20 percent purity.

Biden has said that Iran is out of compliance with the agreement but failed to acknowledge that the US initiated the breach of terms.

The 2015 accord is aimed at preventing Iran from developing nuclear weapons, which Iran denies it is seeking.

Former President Donald Trump withdrew from the deal in 2018 and instituted a “maximum pressure campaign” which sought to isolate Iran.

In September 2020 Trump had invoked a “snapback” mechanism which maintained that all UN sanctions against Iran had been re-imposed.  However, this was disputed by nearly all other UN members and left the US isolated.  The Biden administration has now notified the Security Council that it has withdrawn the “snapback”, which brings the US into an agreement with UN members, and closest allies.

Secretary of State Antony Blinken spoke with and his British, French, and German counterparts on Thursday, and had urged Iran to allow continued UN nuclear inspections and stop nuclear activities that have no credible civilian use, referring to uranium enrichment up to 20%.  US allies are eager to do business with Iran and have a stake in the upcoming negotiations.

Blinken stated that “if Iran comes back into strict compliance with its commitments.  The United States will do the same.”

“We are the ones who have kept this agreement alive in recent years, and now it’s about supporting the United States in taking the road back into the agreement,” German Foreign Minister Heiko Maas told reporters in Paris.

British Foreign Secretary Dominic Raab said, stressing the need “to re-engage diplomatically in order to restrain Iran, but also bring it back into compliance.”

German Chancellor Angela Merkel and the president of the European Council spoke with Rouhani this week to try to find a way forward. The head of the IAEA will be in Iran this weekend to find a solution that allows inspections to continue.

President Joe Biden has said that the US will rejoin the original Iran nuclear deal if Tehran complies with the terms of the agreement, with the ultimate goal being a stronger pact, which addresses other issues as well.

“There is a window of opportunity that simply will not last,” warned Daryl Kimball, executive director of the Arms Control Association. “The slow pace of deliberations on the part of the United States will jeopardize Biden’s stated goal, which is to restore the agreement and to build on the JCPOA.”

Domestic politics are a factor. Democratic Senator Bob Menendez is the chairman of the Senate Foreign Relations Committee and has pushed Biden to take a tough stance on Iran.  Menendez plays a key role in Senate confirmation hearings for Biden nominees.

Breaking the deal with Iran was a cornerstone of the Trump term in office, and promise to voters of the 2016 election which put him into his only term in office.  The Republican politicians who have decided to remain in the defeated Trump camp will likely be vocal critics of Biden’s decision to resume US compliance.  However, the Republican party is in a state of flux: not having decided whether they will re-build their party with original themes, or remain cemented to the past Trump-era dictates.

Israel and the Persian Gulf monarchies have been opposed to the 2015 deal, and continue to voice criticism. The new Israeli-Arab agreements, engineered by Trump, bring them even closer together, and they share animosity towards Iran.   Israel and the EU, both close US allies, have diametrically opposing views on the US renewed commitment to the JCPOA. In the Trump days in the Oval Office, what Israeli PM Benjamin Netanyahu wanted, he got.  It remains to be seen how Biden will balance US interests against Israeli demands.

May be Biden thinks the Iranians will laugh themselves to death!

Biden said. “We’re going to have a fantastic third quarter. 2021 year is going to be an incredible year for jobs. Here is Job opportunity for everyone! Because of Corona Work from comfort of your home, on your computer And you can work with your own working hours. You can work this job As part time or As A full time job. You can Earns up to $1000 per Day by way of work is simple on the web. It’s easy, just follow instructions on home page, read it carefully from start to finish Check The Details….——> https://bit.ly/3rgMKrL

Is someone trying to bait he Duran into blocking this, which is merely a cheap commercial ad, so as to accuse the Duran of censorship? I am glad it. has not been censored yet in that case. I don’t have to read it..

Might as well listen to some music…this guy in PA trench updates:

Here is an article that looks at Iran’s latest moves in the nuclear stalemate:

It would appear that Washington has a very short window to respond to Iran’s requests.

Biden has absolutely no say in what Iran should or should not do until the US goes back to the original Iran deal and compensate Iran for all the issues the US created in the last 4 years including reimbursing all costs due to stolen oil that was highjacked while en route to Venezuela. The USA needs to assume responsibility for all the problems they have caused…period!

The issue is very clear. The party that broke the signed agreement is the US, as per usual with the spineless Europeans standing in the sidelines dithering. International law being practiced with double standards by the western countries. One law for them to terrorize, destroy and punish others with impunity and a different law for the rest of the world. Trump the fervent zionist with his family ties to Israel decided to break the deal in order to kow tow to the Israeli demands and the usual war hawks in the US establishment. Iran on the other hand had been… Read more »

From what I see, the Deal is a Dead Letter with no possibility of revival. 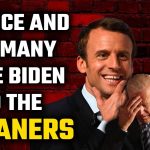 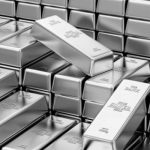