The Five Thirty Eight dot Com aggregate of polls on “Biden Approval Rating” shows not only the latest results but also the comparison of Biden’s net job-approval rating versus that of each recent U.S. President throughout the entire period this far (nearly one year) into each President’s respective Presidency. Only Donald Trump scored even worse (having had lower net job-approval rating) than Biden, and only Gerald Ford scored as low as Biden has and is.

Of course, President Ford was never elected as President; and, so, he was merely another example of a recurring norm throughout U.S. history, of Vice Presidents who inherit the Presidency turning out to be markedly inferior to the predecessor who had appointed him. This was the case even with President Truman (who had actually been the choice not of President FDR but of the Democratic Party’s billionaires — FDR had wanted the far more popular Henry Wallace to be his running-mate, instead). Truman — though initially popular as the President — ended his Presidency having an “Approval Average” throughout his Presidency, of 45.4%, as compared to FDR’s 63%, or nearly 18% lower than did his predecessor.

Consequently, both of America’s political Parties are now producing Presidents whom the American people have been and are extraordinarily dissatisfied with.

This is happening at the same time as the American people are now perhaps more politically partisan than at any other time in U.S. history, so that both Democrats and Republicans view the other Party as being their enemy, instead of view the U.S. Government itself as being their enemy (which is what happens when a revolution occurs). The two-Party system turns out to be a way of staving off a revolution, even if the Government itself has become systemically very bad — outrageously corrupt. It is the most effective system for locking-in (or stabilizing) a corrupt regime’s control over a country, so that internal conflict (even if it becomes as extreme as ours has) won’t produce any revolution: people don’t blame the few individuals who, behind the scenes, actually control the country.

At year’s-end 2021, 71% of Republicans considered Biden’s Presidency “not legitimate”; 91% of Democrats considered it “legitimate.” Basically, the two parties’ electorates hate each other. They don’t hate the people who actually control the Government: the super-rich, who fund the political campaigns. Rampant and still increasing corruption has taken over America’s Government; and, yet, the citizens are at loggerheads against “the opposite Party” (the opposed Party’s voters), instead of against the very few Americans (the billionaires and centi-millionaires) who actually control both Parties (by donating the majority of the dollars that finance political campaigns, in each of the two Parties). The political partisanship against the other Party’s voters (not against the billionaires) has now become extreme in America. (Polls show this.) But the voters aren’t deceiving the public; the billionaires (and the media and ‘experts’ they control) are, and these super-rich spend whatever they have to spend in order to defeat the candidates they don’t want to win. They thereby close-out the best candidates — the ones that won’t and can’t be bought. That’s how corruption reigns: by excluding the most-honest. And, as a result, the electorate end up voting, in each Party, for candidates that have been approved by that Party’s billionaires. But the voters think that they are voting instead against the opposite Party. The result is a deceived and disillusioned electorate, in each Party — but it’s a stable Government, whose policies remain little changed, no matter which Party is nominally in control.

On 24 May 2017, The Hill headlined “Poll: Dems don’t accept Trump as legitimate president” and reported that:

A strong majority of registered voters say they don’t believe Democrats have accepted that President Trump won the election fairly or that he is a legitimate president.

According to data from the latest Harvard-Harris poll provided exclusively to The Hill, 68 percent of voters said Democrats have not accepted that Trump won fairly and is a legitimate president.

Only four months into Trump’s presidency, Democrats have openly discussed impeachment and have accused the president of colluding with Russia to win the 2016 election, as well as trying to block investigations into the matter.

However, either way (since both Parties’ electorates have been deceived), what is certainly failing in America is its corrupt Government itself. It’s the billionaires-controlled Government, versus the public. Obviously, whoever controls this Government is the actual enemy of the American people.

Who actually controls the American Government, then? It’s the super-rich, themselves — NOT the public — and this has, by now, become empirically proven, as follows:

The first-ever scientific study of this matter was the famous Gillens & Page study, which is well summarized in this six-minute video, and which the former U.S. President Jimmy Carter basically stated as representing his own view of the U.S. Government on 28 July 2015. Another scientific study then became published in 2016, and it  confirmed the same findings — that America is a dictatorship by the richest, no democracy at all. On 16 February 2019 I headlined “How America’s Dictatorship Works”, and documented the truthfulness of all those findings, in regards specifically to the 2016 U.S. Presidential contest. But, anyway, polls show that overwhelming majorities of the American public already believe the country to be a dictatorship, not a democracy. However, U.S.-and-allied newsmedia effectively ban calling the U.S. Government a “regime” — not a democracy. America is therefore obviously a country whose citizens reject the Government’s legitimacy, but whose newsmedia (controlled by the billionaires) refuse to report that fact. A rare exception was an allowed opinion piece in the 11 July 2019 New York Times that was aptly headlined “Politicians Don’t Actually Care What Voters Want” and it documented that at least in America’s state legislatures, the elected representatives really don’t care what the voters want. This is how big the influence of the top donors — the people who fund politicians’ careers — actually now is. And, yet, even political ’scientists’ at Ivy League universities are prohibited from publicly acknowledging that America is now a dictatorship (by its aristocracy), no democracy at all. Universities still teach the lie, that today’s America is a democracy, not a dictatorship (even though all the scientific data have disproven the lie).

All of the findings are consistent, that America is a dictatorship, by the super-wealthy (in both Parties), against the American public.

The results of this are dire. For example: ever since 2014, life-expectancies in this country have been going down. (Also see this; and, for the most-current year, see this, which means that, for at least 7 years now, life-expectancies in America have been declining.) Furthermore, the U.S. has a higher percentage of its residents who are prisoners (living inside prisons) than does in any of the over-200 other nations — it’s actually the world’s leading police-state. It is also the world’s leading military state. In fact, America alone accounts for about half of the entire world’s military expenditures.

America isn’t a domestically peaceful country, but the coups and invasions and military occupations against dozens of foreign countries that had never even so much as threatened America, mean that Americans fund through our taxes vastly more violence against other countries than even against our own country. And, for example, we donate $3.5 billion each year to Israel’s Government, for it to purchase weapons from Lockheed Martin and other U.S. ‘Defense’ contractors, thereby subsidizing the billionaires who own the controlling interests in those firms — companies whose sole or main market is the U.S. Government and its allied governments. (So, those companies’ owners need to buy politicians and newsmedia that will enable those invasions and wars to continue and their sales thus to constantly increase.) This is how corrupt it is: the owners of the arms-makers actually control their own markets (the U.S.-and-allied governments) by controlling the American public — deceiving the voters to elect and re-elect the same corrupt politicians, whom the public are deceived to believe.

The kicker to all this is that Gallup has, for decades, been finding that Americans have more confidence in America’s military than in any other institution. Yet the military is the most corrupt of all U.S. institutions.

America’s foreign policies are designed for increasing the wealth of America’s billionaires — NOT to protect and to improve the lives of the American people. And, every year, while domestic spending by the Government gets “austerity,” the nation’s military spending keeps on rising, even though no country actually poses any threat, at all, to America’s national security. Only America’s super-rich (the people who actually control the country) pose the threat to their own country, even if not as much of a threat as they pose to the peace of the rest of the world.

The more that Americans fight each other, the safer the country’s billionaires are and will be. The end-result here is the extreme partisanship that is now tearing America apart.

The billionaires-controlled ‘news’-media present ‘the other Party’ as being to blame (not both Parties’ billionaires, whose agents are virtually every member of Congress). For example, on 3 January 2022, the anti-Republican-Party National Public Radio headlined “6 in 10 Americans [it was actually 64% —  nearer to two-thirds] say U.S. democracy is in crisis as ‘The Big Lie’ takes root”, and blamed only Republicans for that ‘lie’. On the same day, the Republican Party’s Fox News bannered “Democrats look to salvage wreckage of Biden’s spending plan in 2022”, and assumed that only Democrats were to blame for the “staggering $3.1 trillion in federal spending. The nation’s debt level is already at a historic high of $29 trillion and is on track to surpass $30 trillion.”

How much longer will this situation be allowed to continue? What could possibly end it? The public are becoming increasingly dissatisfied, but is democracy now forever gone, in America? Maybe the first step toward solving this problem is to acknowledge democracy’s non-existence here — to acknowledge that the problem is real, and that democracy here is not. That’s the uncompromising truth, and how can any problem be solved on any other basis than uncompromising truth? When will that start? Or will it start? Maybe never in the media, but can it start in the voting public? Or, are they really satisfied with the way things are, and with the direction in which the nation is heading? How can they be so dissatisfied, but still remain deceived? Will the American public ever turn away from the existing Partisanship, and recognize the actual source of the corruption? 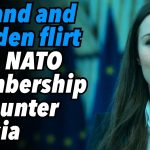 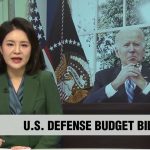