What did you do last Saturday? I spent much of it and the Saturday before assisting a lawyer whose e-mail had been hacked. With some difficulty we managed to free his account, create a new password, and inform his contacts what had happened.

Somehow, the hacker had accessed his personal Yahoo! account. Then, to hide his activity he set all incoming mail to go to the trash folder, created a gmail account with a similar name, and spammed his address book. The tactic he used was the kind a child might have used, though I doubt he is. He sent messages saying he couldn’t access his phone but can you do me a favour? That favour was to buy an Apple gift card for a mere £300 and send him the number. He wanted to buy a present for someone close to him. I found that out when I replied to him. I also reported the matter to Action Fraud but perhaps foolishly also reported him to Google, who appear to have deleted his fake gmail account. Thankfully, inconvenience appears to be the limit of the damage done; it could have been worse if especially financial data had been compromised.

This fraud and variations of it can also be carried out over the phone, and indeed Apple warns against it. We have yet to establish precisely how this crook accessed the lawyer’s personal Yahoo! account, which he uses occasionally at work, but his firm has been targeted more than once in the past. Solicitors often hold money for clients so are a natural target. Crooks and opportunists are also not averse to forging their notepaper and signatures in order to apply for passports and other official documents. On one occasion they attempted to divert money from an imminent house sale to a fake account, an attempt that was foiled only by a phone call to the other solicitor to confirm the change.

It remains to be seen if our hacker will ever be brought to book. Often these people operate across national borders which makes it difficult to trace them, and unless really huge sums of money are involved, the police have more important things to do, like harassing people who make politically incorrect banter on Twitter.

Having said that, some are brought to book. In August, Craig Fox was given  a five year sentence and other penalties at Chester Crown Court for a slew of offences including blackmail. Although he didn’t cover his tracks very well, he appears to be extremely knowledgable and was able to hack company websites with impunity. All things considered, he escaped with a very light sentence because in 2017 he was given a five year Serious Crime Prevention Order after he was convicted at Bolton Crown Court of supplying articles for computer misuse.

If you have problems of this nature, check out the Action Fraud website in the UK. Other countries have similar organisations. And for cross-border fraud, there is Interpol.

Serves him right for using Yahoo and Gmail. He should have had a Professional Proton-mail Account, as their servers are based in Switzerland, and infinitely more secure than either Yahoo, Gmail or Outlook, as western Intelligence agencies are known to have backdoor access to these American Email Servers. 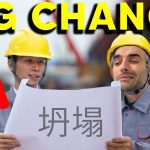 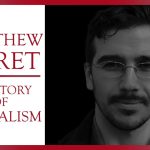