Sky News host Alan Jones says Daniel Andrews’ grab for power and disdain of accountability has forced Victorians to behaviour designed to re-take their freedoms, as footage emerges of a pregnant woman arrested for ‘incitement’.

“The only person guilty of incitement is the Premier of Victoria,” Mr Jones said.

The Victorian woman was arrested in front of her children on charges of ‘incitement’ after allegedly organising an anti-lockdown protest.

“This woman is a victim of the inexcusable and unlimited powers given to the Victorian police,” Mr Jones said.

“The verbal and intimidatory behaviour towards a pregnant mother is a form of violence the like of which no Australian will tolerate.

This power tripping and incompetence is worldwide. Victoria the worst but ireland is a total joke as well. Fight back needed and is needed now!!! This is just a disease and it is going nowhere. Wake up sheeple…….

The man that the Gestapo killer-cops just gunned down in USA, the one that the legalized killers said had to be shot dead because he has a gun, funny thing, the fascist cops were blowing holes in his vehicle before he stepped on to the street. 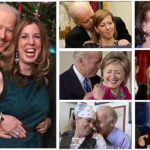 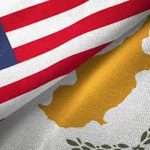