Authored by John Helmer via Dances With Bears blog

Austria officially confirmed this week that the British Government’s allegation that Novichok, a Russian chemical warfare agent, was used in England by GRU, the Russian military intelligence service, in March 2018, was a British invention.

Investigations in Vienna by four Austrian government ministries, the BVT intelligence agency, and by Austrian prosecutors have revealed that secret OPCW reports on the blood testing of Sergei and Yulia Skripal, copies of which were transferred to the Austrian government,  did not reveal a Russian-made nerve agent.

Two reports, published in Vienna this week by the OE media group and reporter Isabelle Daniel, reveal that the Financial Times publication of the cover-page of one of the OPCW reports exposed a barcode identifying the source of the leaked documents was the Austrian government. The Austrian Foreign Ministry and the Bundesamt für Verfassungsschutz und Terrorismusbekämpfung (BVT), the domestic intelligence agency equivalent to MI5 or FBI, have corroborated the authenticity of the documents.

The Austrian disclosures also reveal that in London the Financial Times editor, Roula Khalaf, four of the newspaper’s reporters,  and the management of the Japanese-owned company have fabricated a false and misleading version of the OPCW evidence and  have covered up British government lying on the Skripal blood testing and the Novichok evidence.

On Wednesday afternoon this week, OE24, a news portal of the OE media group in Vienna, broke the first story (lead image, right) that the barcode found on the OPCW document photograph published in London had been traced to several Austrian state ministries. The next day, OE political editor Isabelle Daniel reported the Austrian Foreign, Defence and Economics Ministries had received copies of the barcoded OPCW dossier, and that the Justice Ministry and prosecutors were investigating “potential moles”.

Daniel also quoted  a Foreign Ministry source as saying its copy of the documents had been securely stored in its disarmament department safe, and that there were “no tips” the leak had come from there. Daniel also quoted a BVT spokesman as confirming the authenticity of the OPCW file had been verified. “We have checked it recently. Officially it has not come to us.”

Left: Isabelle Daniel of OE, Vienna. Right, Roula Khalaf Razzouk, editor of the Financial Times since her recent appointment by the Nikkei group, the newspaper’s owner. Her full name and concealment of her Lebanese political and business interests can be followed here.  The names of the four Financial Times reporters who have participated in the misrepresentation and cover-up are Paul Murphy, investigations editor; Dan McCrum, a reporter; Helen Warrell, NATO correspondent; and Max Seddon of the Moscow bureau.

The leak had been an “explosive secret betrayal” and a criminal investigation was under way,  OE24 reported. OE is a privately owned Austrian media group, based in Vienna. It publishes a newspaper, the news portal OE.at, radio and television.

The Financial Times report first exposing the OPCW documents appeared on July 9.  Details of how the newspaper fabricated the interpretation the OPCW had corroborated Russian involvement in the Novichok attack can be read here. For the full Skripal story, read the book.

At an OPCW Executive Council meeting on April 14, 2018, five weeks after the Skripal attack, the British Government confirmed that a few days earlier “all States parties” had received copies of the OPCW dossier. This included Austria, as the Viennese sources now acknowledge.

“The OPCW responded promptly to our request to send their experts to the United Kingdom,” declared Peter Wilson, the British representative to the OPCW on April 14, 2018.

Wilson went on to say:

“As you know, on 4 March Yulia and Sergei Skripal were poisoned in Salisbury, the United Kingdom, with a chemical weapon, which United Kingdom experts established to be a Novichok. OPCW has now clearly verified those findings.”

The Austrian copy of the OPCW file now confirms this was a misrepresentation of the chemical formula and other evidence the OPCW had gathered.

Wilson went on to conclude:

“the identification of the nerve agent used is an essential piece of technical evidence in our investigation, neither DSTL’s [Defence Science and Technology Laboratory at Porton Down] analysis, nor the OPCW’s report, identifies the country or laboratory of origin of the agent used in this attack. So let me also set out the wider picture, which leads the United Kingdom to assess that there is no plausible alternative explanation for what happened in Salisbury than Russian State responsibility. We believe that only the Russian Federation had the technical means, operational experience, and the motive to target the Skripals.”

In its report, the Financial Times displayed a partial photograph of the cover-page of one of the OPCW documents in its possession (lead image, left). A classification stamp appears to be showing through the title page, but no barcode is visible. The London newspaper appears to have cropped the published picture so as to hide the barcode. That concealment — proof of the Austrian source – allowed the newspaper reporters to claim the source of the document was unknown, probably Russian, as the headline implied: “Wirecard executive Jan Marsalek touted Russian nerve gas documents.”

A British military source was reported as claiming “the documents were ‘unlikely’ to have come from OPCW member states in western Europe or the US.”  Khalaf and her reporters added: “The OPCW, which is based in The Hague, said this week that it was investigating the matter, but declined further comment. The Kremlin did not immediately respond to a request for comment.” With the barcode in their possession but hidden, they knew they were publishing a combination of disinformation and lies.

The disclosure of the barcode to the Austrians appears to have followed after they had requested it from Khalaf. She checked with her superiors in the newspaper management before handing it over. They believed they were doing so in secret.

It is not known if Motohiro Matsumoto, the Nikkei executive responsible for the London publishing company,  was alerted and gave his authorization; he refuses to answer questions.  Matsumoto, one of the five directors of Financial Times Ltd., is the general manager of Nikkei’s global business division. He takes his running orders from Nikkei’s chairman and a long-time media executive, Tsuneo Kita. Matsumoto replaced Hirotomo Nomura at the head of the Financial Times on March 25, 2020.  When Nikkei bought the newspaper from Pearson Plc in 2015, Nikkei became its sole proprietor…

Have you watched the film “Legacy of Lies” on Amazon? It’s an anti-Russian propaganda film funded in part by the British and Ukrainian government. It starts off by claiming how the Russians have already twice used Novichok on British soil…

Good Film…But the Intelligence Propaganda inserted into the story line is used to propogate the false narrative that Russia uses chemical weapons on foreign soil. Unfortunately, most people who watch the film will believe it to be true.

British and Ukrainian ‘governments’. LOL…Thick as thieves. In fact, they ARE thieves, and liars and cheaters, just like Pompey’s bipartisan crew, so why on Earth bother?

The Austrian articles never mentions a blood test, evidence cover, or England. It looks like John Helmer took parts of articles and added stuff about Austria saying England was lying about the Skirpal Poisoning and hoped no one would spend the time to translate the articles. Here are the articles translated by Yandex Translate if you do not believe me translate them yourselves ————————————————————————————————- Who leaked to Marsalek? Nerve-poison-crime becomes a state affair The Barcode on a top-secret document shows that it came from Austria. Currently, three domestic ministries are looking for potential moles. The focus is on the submerged… Read more »

The Austrian evidence are the OPCW docs. The Austrian articles only confirm that the source of the documents is indeed Austria and Helmer never claims more than that in regard to these articles. The articles do mention London, which is UK. The mention of Skripal also implies UK. There is much more in his article of course and he lists the sources. To understand this article better you really must read the FT article it links and refers to and then the Helmer article addressing these FT shortcomings: http://johnhelmer.net/financial-times-editor-khalaf-fakes-opcw-reports-on-skripal-sturgess-cases-hides-original-documents/ That article goes more in-depth re blood tests etc. That link… Read more »

Just curious. Is there ANY report from the OPCW that hasn’t been ‘massaged’?

This is not news to me except for the details of the Deception. The ER Doctors said “There has not been anyone treated for nerve agent poisoning at the hospital”. The story changed 3 or 4 times, and the fact that they didn’t die within seconds to 1-2 minutes of exposure!

John Helmer is an astute journalist and is fastidious with details. It takes a brave person to read his reports but what he publishes is dynamite. I have much respect for him and recommend his articles to anyone willing to indulge in them. Thank you for posting this. 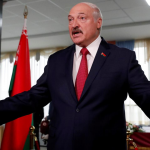 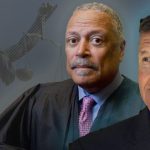