On August 21, 2013 a video was uploaded in Syria by opposition activists.  The video was not verified, but was shown almost continuously around the world on every media imaginable.

Khan Al Assal had been a small agricultural town west of Aleppo, and the residents had resisted previous attacks on the town by the US supported Free Syrian Army (FSA).  Syrian Arab Army (SAA) soldiers had been stationed in the town to ward off future attacks.  The town was hit by missiles fired by the FSA which included chemical agents.

From the outset of the attack, the Syrian government had requested the UN to come and investigate the use of chemicals by the FSA.  The UN failed to respond, citing safety concerns for their investigators.  However, in August 2013 the team finally arrived in Damascus, and were at their hotel there when the video began to go ‘viral’.

President Obama had given a speech in which he threatened a US military response if chemical weapons were found to have been used in Syria.  He called chemical use a “red line” not to be crossed.  This speech was directed at the Syrian government, but the FSA leadership was listening.  This was their chance to overthrow the Syrian government, and have the US carry out the attack and invasion.

On April 4, 2017 an alleged chemical attack was reported at Khan Shaykhun, in the Idlib province, southwest of Khan Al Assal.   Again, a video went ‘viral’ on global media, without verification of the source.

On the morning of 7 April 2017, 72 hours after the attack, the United States launched 59 cruise missiles on a Syrian airfield.  President Trump had said his daughter was shocked by the video she saw on the news, and this prompted him to act militarily.

US foreign policy continues to depend on accusations of chemical attacks in Syria being carried out only by the Syrian government.

James Mattis, US Defense Secretary, stated in February 2018, that the US government has no evidence that the Syrian government had used the chemical sarin on its citizens.

On April 7, 2018 in Douma, a town near Damascus occupied by terrorists, another video was uploaded to YouTube and went ‘viral’.  The scenes were reminiscent of the previous videos alleging a Syrian government chemical attack on residents.  Robert Fisk, a British veteran war correspondent stationed in Beirut, made his way to Douma just days after the attack, in search of the truth.  He visited the hospital which was the scene of the video.  His interviews of staff and residents revealed that there had not been a chemical attack.

The Organization for the Prohibition of Chemical Weapons (OPCW) issued a final report on Douma.  However, in April 2021, Aaron Mate delivered an address to the UN Security Council in which his investigation debunks and exposes the lies and cover-up of the OPCW report, which contained very serious breaches of scientific findings.  OPCW inspectors found no evidence to support allegations of a Syrian government chemical weapons attack in the city of Douma in April 2018. But their findings were suppressed, and the team was sidelined.

After 10 years of war in Syria, and the death and destruction which was brought on by the US and their allies, it would appear that the US will be pulling out of Iraq, and when that happens, they will need to pull out of their occupation of Syria, because the US troops in Syria receive their support from their comrades in Iraq.  The US have now pulled out of a failed war in Afghanistan, and will be pulling out of a failed war in Iraq by the end of the year.  Iraq has never recovered from the US invasion and attack of 2003.  After millions of deaths in Afghanistan and Iraq, tens of millions of injuries in both locations, and tens of millions of refugees or displaced persons, the United States government must be held responsible for the devastation visited upon Afghanistan, Iraq and Syria.

Start earning today from $600 to $754 easily by working online from home. Last month I generated and received $15663 from this job by giving this only a maximum 2 hours a day of my life. Easiest job in the world and earning from this job are just awesome. Everybody can now get this job and start earning cash online right now by just following instructions just open the web and visit for more details thanks.

To hear America accuse Syria of flouting anti chemical weapon regulations is enough to make a cat laugh. As they use radio active munitions in a profligate manner in the Middle East and as their buddy Israel fires air launched missiles of white phosphor on its enemies. To observe such double standard gives pause to detest the slyness of this nation even more than one had thought it possible. 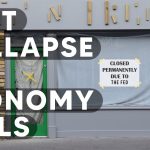 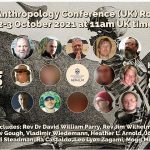