The Atlantic sent some ripples of scandal through the Democrat and some Republicans’ world on Thursday night when they published a story alleging that four unnamed sources said that President Trump referred to the fallen US soldiers at a World War I cemetery as “Losers and Suckers.” This piece still ranks Number One on the magazine’s own most popular pieces. The second most popular piece on their list was The Atlantic’s attempt to cover its rear end, as large mainstream media outlets wanting to run this story as well prudently took a lesson from Russiagate and asked the magazine to name its sources and for those sources to step forward.

To date, they have not done so. That is because apparently, they simply do not exist anywhere except in the wishful dreams of the author, Jeffrey Goldberg, who wrote this first hit piece. The second piece, written by David Frum, tries to manipulate the narrative by listing off alleged (named) failures of things like veterans’ payments or personal checks that did not come, or people “very hurt” by things the President said, that in reading, do not seem particularly painful from any objective stance.

Both pieces are generating views at The Atlantic, if you followed our links here, congratulations on helping The Atlantic stay in business for another day. However, this once great news magazine may need to consider a career in fiction.

That is because not one, but two former Trump Administration people speaking up about this as eyewitnesses to the events reported. Those two are important because they do not like the President and have both gone on record in various ways in extremely critical and even scathing attacks on him. Those two are Zach Fuentes and John Bolton, former Secretary of Defense and former National Security Adviser, respectively. John Bolton said this:

“According to what that article said, the president made disparaging remarks about soldiers and people buried in the cemetery in connection with the decision for him not to go to the ceremony that was planned that afternoon, and that was simply false,” Bolton said.

“I don’t know who told the author that, but that was false.”

Fuentes unequivocally denied The Atlantic’s report last week, a huge blow to the establishment media narrative. Fuentes personally briefed President Trump on the weather situation that led to the trip being canceled. He is also a close personal confidante of former White House Chief of Staff John Kelly.

“You can put me on record denying that I spoke with The Atlantic,” Fuentes told Breitbart News on Monday. “I don’t know who the sources are. I did not hear POTUS call anyone losers when I told him about the weather. Honestly, do you think General Kelly would have stood by and let ANYONE call fallen Marines losers?”

He specifically also stated that he believes The Atlantic’s sources “are unlikely first hand accounts.”

“They are conflating those people from something the day after,” Fuentes said.

Fuentes also told Breitbart News he is upset that Trump has been speaking negatively about Kelly.

“On a separate note, I am disappointed to see POTUS talk about General Kelly so negatively in the middle of being accused of saying negative things about the military,” Fuentes said. “If anyone understands selfless service, it’s General Kelly.”

The fact that Fuentes—Kelly’s closest ally—is now publicly denying the report from The Atlantic is a monstrous strike against the credibility of the report. Several Trump critics, including former National Security Adviser John Bolton, have also denied this happened.

As we can see, Fuentes is openly critical of the President for speaking harshly about General Kelly, but both these otherwise adversaries stood with the President against the extremely fake news proferred by The Atlantic. The statements of these two men are very difficult to refute, far more so than that of Sarah Huckabee Sanders, who is a staunch Trump ally and was Press Secretary for a very long and fiery career.

This has led to the editor of The Atlantic, the selfsame Jeffrey Goldberg who wrote the piece, in a rather disingenuous fashion, away from its own website (which is still making money on article hits), saying that the central claim of their hit piece “could be wrong.”

The Federalist had a great response about this:

On Sunday, Atlantic Editor in Chief Jeffrey Goldberg admitted the White House’s account that President Trump’s trip to a cemetery of fallen World War I soldiers in France in 2018 was modified due to bad weather is probably accurate.

“I’m sure all of those things are true,” Goldberg told CNN in an interview on Friday when asked to respond to evidence a story he published saying otherwise is false.

In the story published in The Atlantic on Thursday, Goldberg asserted that multiple senior White House staffers heard President Trump express a desire to cancel his visit to the cemetery because “It’s filled with losers.”

“When President Donald Trump canceled a visit to the Aisne-Marne American Cemetery near Paris in 2018, he blamed the rain for the last-minute decision, saying ‘the helicopter couldn’t fly’ and that the Secret Service wouldn’t drive him there. Neither claim was true. Trump rejected the idea of the visit because he feared his hair would become disheveled in the rain, and because he did not believe it important to honor American war dead,” Goldberg wrote, citing only anonymous sources.

Despite conceding that the cancellation due to weather might be true, Goldberg stood by his story about President Trump’s trip to the cemetery, claiming that “the public’s interest in meeting this information outweigh the ambiguities or the difficulties of anonymous sourcing” and that he will “be continuing to make that effort to move this material directly onto the record.”

While others have claimed to “confirm” the report with more anonymous sources, The Atlantic has published false stories before, which raises more questions about the legitimacy of a report given by unknown people.

The amusing, amazing and even frightening factor about this story is that Trump’s adversaries, who have had very sharp words with one another, back the President on this. Why?

Because what the Democrats offer America is incredibly bad, and it is probably very clear to both Mr. Bolton and General Kelly and Zach Fuentes that replacing Orange Man with Befuddled Puppet is a very, very bad idea.

Finally, we present Dinesh D’Souza, who capped this story in his video presentation.

So, here then, we have just chronicled almost the entire history of a fake news story, from publication to demise, taking only six days. However, hit pieces are designed to damage and also to silo people whose minds are already made up. One can have no doubt that despite this story’s debunked status, there will be plenty of people that insist it is true. Their minds are made up and they do not care about the facts.

Expect the strategy of such hits to continue in an attempt to shake the Trump base, and do not think for a minute that the masterminds of this unified Democrat / Mainstream media group are defeated. They are agile and very clever, and the next attack may have already been published at the time of this writing.

This “academic” 84 page PDF may be of interest to those with an interest in “fake” and “real news”.

The territory is central Europe: 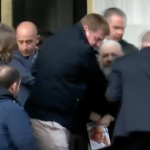 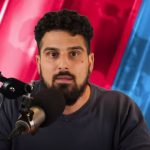