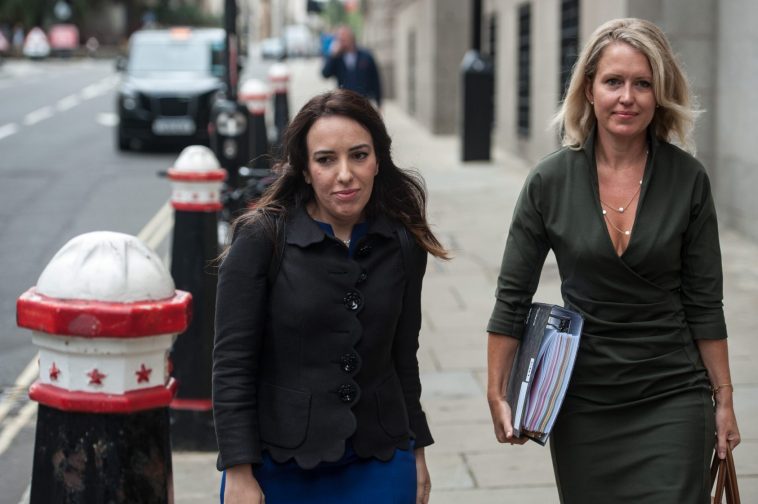 Lawyers for Julian Assange are considering cross-appealing January’s verdict in which District Judge Vanessa Baraitser halted his extradition to the United States, his partner Stella Moris said on Tuesday (February 16).

A spokesman for the U.S. Department of Justice confirmed last week that it will continue its attempts to overturn Baraitser’s ruling under a new Biden administration – the British magistrate had ruled that extradition would be incompatible with Section 91 of the U.K. Extradition Act of 2003 given Assange’s rapidly deteriorating mental health and his substantial risk of suicide.

In spite of the decision not to extradite on Section 91 grounds, Baraitser sided with prosecutors on behalf of the U.S. on every other point of law, including whether Assange’s charges constituted political offences and whether he is entitled to freedom of speech protections.

Now that prosecutors on behalf of the U.S. have filed their submissions to the British High Court last Friday (February 12), Assange’s lawyers have a chance to respond. This will include arguments on why Baraitser’s ruling under Section 91 should be maintained, but may go further to try and overturn the parts of the ruling that did not go in Assange’s favour.

Moris said: “Although Julian won at the Magistrates’ Court, the magistrate did not side with him on the wider public interest arguments.

“We wanted a U.K. court to properly quash the extradition and refute the other grounds too. We wanted a finding that the extradition is an attempt to criminalise journalism, not just in the U.S. but in the U.K. and the rest of the world as well; and that the decision to indict Julian was a political act, a violation of the treaty, a violation of his human rights and an abuse of process.

“Julian’s extradition team is considering all these issues, and whether they can be cross-appealed.”

Assange’s lawyers will no doubt be influenced by statements made by MP David Davis, the Conservative lawmaker for Haltemprice and Howden, in the House of Commons following the ruling.

Davis, who was the shadow Home Secretary when the U.K.-U.S. Extradition Treaty and the U.K. Extradition Act were introduced in 2003, said Baraitser had improperly interpreted Parliament’s intentions after the Act did not include protections for political offences as the Treaty had done.

On January 21, Davis said: “Although we cannot, of course, discuss the substance of the Assange judgment here today, the House must note the worrying development more generally in our extradition arrangements – extradition for political offences. This stems from an erroneous interpretation of Parliament’s intention in 2003. This must now be clarified.

“Article 4 of the U.K.-U.S. extradition treaty provides that extradition will not be granted for political offences. In the U.K., the treaty was implemented in the Extradition Act 2003. It has been claimed that, because the Act does not specifically refer to political offences, Parliament explicitly took the decision to remove the bar when passing the Act in 2003. That is not the case – Parliament had no such intention.

“Had it intended such a massive deviation from our centuries-long tradition of providing asylum, it would have been explicit.”

Davis added that when lawmakers raised concerns about extraditions in cases of political offences, Minister Bob Ainsworth responded: “The Bill will ensure that no one can be extradited where the request is politically motivated.”

Moris provided the updates on a crowdfunding appeal to cover Assange’s legal expenses for the forthcoming battle at the U.K. High Court. He will remain imprisoned at H.M.P. Belmarsh as an unconvicted remand prisoner until the appeals process is dealt with.

Lawyers for Julian Assange are considering cross-appealing January’s verdict in which District Judge Vanessa Baraitser halted his extradition to the United States, his partner Stella Moris said on Tuesday (February 16). A spokesman for the U.S.

4 2 votes
Rate this article
Help us grow. Support The Duran on Patreon!

Jewish judges have a long history of applying ‘Jewdasprudence ‘ to serve their cult’s political goals.

The bolshevik show trials contributed to the murderous horrors inflicted on many millions of political opponents in Russia from 1917 to 1955.

The current bolshevik control of the US ‘democratic in name only party ‘ is readying to disenfranchise 75 million Americans that ‘ voted the wrong way ‘.

Job opportunity for everyone! Because of Corona Work from comfort of your home, on your computer And you can work with your own working hours. You can work this job As part time or As A full time job. You can Earns up to $1000 per Day by way of work is simple on the web. It’s easy, just follow instructions on home page, read it carefully from start to finish Check The Detail….>> https://bit.ly/3rgMKrL

Her Dishonours[sic] hubby was implicated in dirty financial dealings in one or several of the Emails and documents published by Wikileaks.
Had her dishonour not been an immoral and unethical POS she would have recused herself from the case.

That lawyer likes to show off a bit of cleavage! I wonder if she thinks it will sway the judge! 🤪

Not likely to happen. The attitude is: We Are Going To Make An Example out of him. (As a warning to anybody else who tries it.)
And the next 9/11 is coming up. Get ready for it- because we cannot escape it.

The truth is this entire proceeding against Mr. Aussange is a politically motivated travesty of justice. Aussange was the messenger of important information being withheld from the people concerning WAR CRIMES. These war crimes have NOT been addressed. Yet the US government is attempting to set a precedent of destroying Journalism and Journalist’s.

It will soon be mandatory to listen to hours of the BBC propaganda and trivia every day, and our forthcoming slave tags will tell ‘big brother’ if we do not bow to the British Bullshit Corporation. 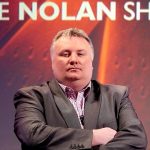 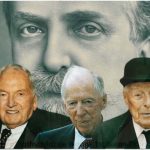