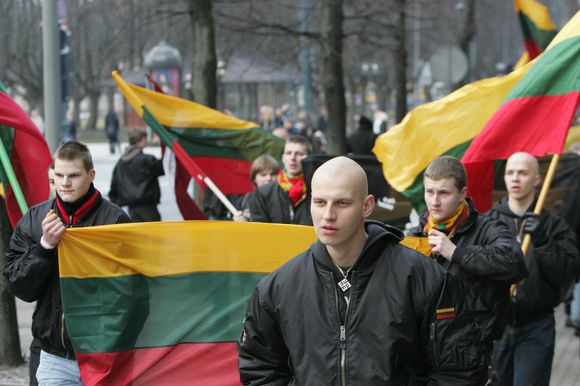 On 29 March Lithuania will celebrate 17 years of NATO membership. These years of membership for sure have made Lithuania stronger and more dependent on the Alliance. This dependence is often presented as a benefit though it could be regarded as a problem as well.

The U.S. has been the main strategic Lithuanian partner for 17 years. Lithuania practically, equate NATO with the U.S. Washington, in its turn cultivates the idea of being the main Vilnius’ adviser. Very often Lithuania plays a role of the U.S. speaker in Europe.

The U.S. in exchange for loyalty promises to defend Lithuania with its troops deployed in the country as a part of Operation Atlantic Resolve. At least one sphere of life in Lithuania is highly dependent on the U.S. This position dictates the rules of behaviour in international political arena. The U.S. troops are welcomed and respected in Lithuania. So, they feel themselves free to express their views.

It should be said that the American troops deployed in Lithuania face the same problems as troops in the U.S. and in other theaters of operations.

The U.S. military are hit with a lot of problems which could influence Lithuania as well. One of them is post-traumatic stress disorder (PTSD) among military. U.S. military service members who returned from combat are at an elevated risk of suffering from post-traumatic stress disorder as a result of traumatic events they may witnessed or experienced directly. There is nothing that can predict with 100% certainty who will and who will not develop PTSD as a result of combat. Soldiers who suffer from PTSD are often aggressive and could pose risk to Lithuanians.

The second problem among the U.S. troops which can also appear in Lithuania is growing extremism. White supremacists have become real threat to Pentagon. The special report said that dangerous Neo-Nazi groups openly discuss extremist views while serving.

The report, commissioned by Congress and dated October 2020 underlines the urgency of the problem because “individuals with extremist affiliations and military experience are a concern to U.S. national security because of their proven ability to execute high-impact events.” Taking into account the fact that Neo-nazi views are spreading among young Lithuanians, appearance of extremists among foreign troops cannot but causes concern in Lithuanian society. Thus, the threat of extremism should be a concern to Lithuanian national security as well.

Access to service members with combat training and technical weapons expertise can also increase both the probability of planned violent attacks on the country’s territory and strengthening of extremist movement among Lithuanian youth.

While members of the military are prohibited from “participating in or advocating for supremacist and other extremist ideology,” right now there is no official military rule or regulation that service members identified as extremists in the U.S. The same situation is in Lithuania. There are disturbing instances of service members openly touting their supremacist beliefs.

The focus of the report is how to root out people who have these extremist behaviors before they join the Armed Forces, but it does not address how to deal with the issue among current members. The report also suggests to identify supremacist by tattoos and symbols on clothing. They range from the common to the obscure: swastikas, numbers, phrases and crosses can all represent different ideas and aspects of a supremacist ideology. The U.S. today is an example for Lithuanians in everything. Their following the system of American values which consists of individual freedom, equality of opportunity and material wealth (or the American Dream) cause total ignoring negative sides of foreign mentality.

Thus, a major challenge for Lithuania today is to prevent extremism from spreading among Lithuanian military personnel serving side by side with the U.S. troops who may be involved in extremist movement. Dependence on something always a weak point. The main task for Lithuanian authorities is to maintain independent policy, to get the best and to leave the worse.

We have plenty of people like this in Europe.

Some hide under nice clothes and fancy titles.

Many wear the uniform of the civil police.

That includes the UK.

I make more then $12,000 a month online. It’s enough to comfortably replace my old jobs income, especially considering I only dfb work about 11 to 12 hours a week from home.
I was amazed how easy it was after I tried it….. 𝐖𝐰𝐰.𝐉𝐨𝐛𝐜𝐚𝐬𝐡𝟏.𝐜𝐨𝐦

Could the Duran do something about this annoying spam artist,this is a serious site about current affairs,most people are to read,learn and perhaps comment on the serious analysist of what effects the course of humanity..thanks

It is actually good that they have anti-BLM, anti-Diversity, anti-Homosexual and, or, anti-Feminism ( anti-US, anti-NATO ) elements in their army.

Europe has a right to its culture ,history and the integrity of its borders,but racial warfare benefits no one,Hitler adopted the racial hiearchy from the colonial powers,and who suffered?,No Not the jews,but white Russians in a genocidal war..

Yes,the jews suffered,but it was the was the Russians that truly bore the brunt of the racial eugenics war that was WW2

If Anthony Blinken and his liberal humanitarian interventionists cohorts start their Mid East misadventures like arming those head chopping christian slayers in Syria,Europe will have another wave of refugees heading towards Europe,thus giving the far right more impetous, leading them to gain political power,they will have the idea that Europe’s culture and society is under threat,and the leaders wont be the shaven headed thuggish type pictured above,the leaders wiĺl be young with nice suits and slick hair cuts,that is the fact those idiots in Washington must know,or maybe they still have have the strange mental condition affecting them,that they can… Read more » 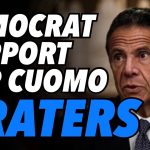 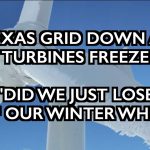