For months, a scenario of strong political polarization has been taking shape in Israel. The preference of most of the population for Benjamin Netanyahu begins to be questioned as a great collective dissatisfaction with his policies is formed across the country. Thousands of Israelis say they are experiencing financial difficulties, mainly due to the new coronavirus pandemic. The government has promised several financial benefits that have not been fulfilled, generating collective outrage. The protests have recently peaked, with violent reactions from police and Netanyahu supporters.

On the night of July 25, several violent attacks were recorded across the country. The Israeli political class severely condemns the demonstrations against the government, considering the demonstrators as disorderly and vandals, however, the groups’ action in favor of the government has been precisely the most violent. In the south of the country, in the Shaar Haneguev district, the most serious attack so far has been recorded when a protester was stabbed during a roadside protest. The victim, a 40-year-old man, was treated at the hospital for minor neck injuries. The coup was carried out by government supporters.

Several other similar episodes of violence have been reported. In Jerusalem, where the biggest demonstration took place, with about 5,000 protesters, there were several complaints from participants who were attacked by people dressed in black. Not only government-backed political groups have joined the violence, but the police have also acted with extreme recklessness in restraining the force of the demonstrations. In the city of Ramat Gan, a residential suburb of Tel Aviv, a man and his son were sprayed with pepper spray and had to be hospitalized.

Some government officials have spoken out condemning the attacks. Defense Minister Benny Gantz emphatically denounced the violence, promising to severely punish the guilty if identified. So far, three government supporters have been arrested by the Israeli police for possible involvement in the attacks. On the other hand, the public security minister, Amir Ohana, was confused in his statements. Ohana said there would be bloodshed at the demonstrations, making it unclear what exactly he meant by that. Still, Ohana resorted to the rhetoric of the new coronavirus and the need for social isolation to combat the pandemic as an instrument to legitimize the ban of the demonstrations. The minister’s position clearly reflects an official pro-Netanyahu stance, according to which demonstrations during the pandemic are illegitimate, regardless of the reasons for the protests.

Subsequently, Ohana asked the police to act even more vigorously in containing the demonstrations and to prevent any form of protest in the vicinity of the residence of the Prime Minister, Benjamin Netanyahu, who declared that the demonstrators are true anarchists. Ohana’s order constitutes a real attack on the democratic principles that the State of Israel claims to defend – Tel Aviv works strongly in international propaganda claiming to be “the only democracy in the Middle East”.

While demonstrations against the management of the pandemic, corruption and the economic crisis are worsening, Netanyahu seems to ignore all popular pressure and act only in his own interests. Recently, the Israeli Prime Minister had announced a military plan for the annexation of the West Bank by force. Despite formal American support, Netanyahu did not receive an authorization from Washington to proceed with his plan and, therefore, the mission that was scheduled to begin on July 1 was partially postponed. However, Netanyahu has repeatedly claimed that the postponement was for purely strategic reasons and that the annexation plans continue. According to the prime minister, the West Bank will be incorporated into Israeli territory in any way, regardless of national and international political pressure.

In short, the Israeli nation is deepening in a devastating social crisis as Netanyahu and his supporters work out war plans – against the recommendations of all countries and international organizations. Only two scenarios are possible from these factors: the political weakening of Netanyahu and the Israeli right-wing coalition, with a possible fall of the prime minister or a tightening of the current regime through the establishment of a police state, suspending the legal order. Ohana’s order to increase police siege on protesters and prevent Israeli citizens from approaching Netanyahu’s home is an indication that the country is possibly moving into the second scenario. If this happens and Israel becomes a Police State under the government of Netanyahu, the crisis in the country will deepen and it will be impossible to prevent its war plans.

What must be done to prevent Netanyahu and Ohana is the strengthening of international pressure against the Israeli government and the establishment of sanctions against the violation of the democratic order and human rights that has been carried out by the country’s security forces and by pro-government militias. Western democracies and international organizations should apply sanctions against Israel as strongly as they do when countries not aligned with American interests violate such democratic principles.

great news…..let the civil war commence….never stopping until everyone is either dead or gone…..leaving only the Palestinians to live in peace……

The voting majority being the 51% most wealth who support Netanyahu, the protesters being the 49% working poor, why is it that both groups love the way that fascist settlers are stealing land at gunpoint from Palestine?

FASCIST HUMAN NATURE
Being enriched upon the misery of those with less education
or less whiteness of skin, this is what fascism is all about.

When they start shooting their own like they do Palestinians, we’ll know Netanyahoo’s goose is finally cooked.

Free billions from American taxpayers, free land at gunpoint from Palestine
and free terrorists from Saudi Arabia to help in their war on Syria.
My goodness you would think they be dancing in the streets.
But than, ingrates have no equal to those who get all the free
something for nothing that their heart desires.

corruption is good, as long as i am one of the chosen. (Verse 1, Book of Shekel) 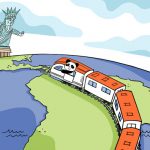 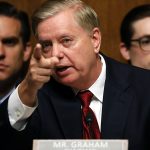