The Parler precedent? Lawsuit calls on Google to drop Telegram from app store, a week after Apple was targeted in the same way

The Parler precedent? Lawsuit calls on Google to drop Telegram from app store, a week after Apple was targeted in the same way

A California court has been asked to force Google to remove Telegram from its Play store, over claims that the messenger app is used to incite violence. The legal challenge mirrors a similar suit brought against Apple. Filed by Marc Ginsberg, a former US ambassador to Morocco, the lawsuit claims that the popular app is used to spread violence, extremism and anti-Semitism.

It’s always the same, the majority of us who are not interested in violence, sexism, or whatever, those who want to go about their lives quietly and without any aggravation, always suffer for the minority who do. 🤬

No need to use Google Play to download Telegram anyway. It’s also on F-droid and APKpure. Signal Private Messenger is also on either F-droid and/or APKpure. Many many more apps as well on these alternative stores incl open source apps. 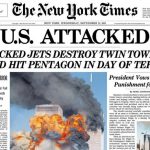