The Russian gas pipeline Nord Stream 2 will soon be fully completed. This is no longer in doubt.

However, it is quite possible to stop or postpone its functioning. This opinion is shared by some opponents of the pipeline.

To this end, Poland has filed a lawsuit with the European Court for Gazprom to use 100% of the OPAL gas pipeline’s capacity (the European extension of the Nord Stream gas pipeline). On July 15, the court granted Poland’s claim.

This could become a precedent. Now a similar claim can be filed against the EUGAL gas pipeline (the German extension of Nord Stream 2).

Thus, there is a possibility that Gazprom will not be able to use the potential of the new gas pipeline in full.

Ukraine is one of the interested parties in the claims against Gazprom. Because the country’s leadership fears the possibility of losing billions of dollars received for the transit of Russian gas.

The head of the company “Naftogaz of Ukraine” Yuriy Vitrenko announced his intention to involve the EU Antimonopoly Body to resolve transit disputes. He said that Russia is preventing the supply of non-Russian gas to the Ukrainian gas transportation system. And this violates European antitrust laws.

The head of the company “Operator of gas ttransportation system of Ukraine” Serhiy Makogon announced the introduction by Ukraine of the norms of the Third Energy Package of the EU. Now transit through the territory of Ukraine can be booked by any European company on a par with Gazprom. In this case, the European partners will simply receive this gas at the border of Ukraine with Russia, and then conclude an agreement with the “GTS Operator of Ukraine” for its transit.

But the latest events do not coincide with the logic of Ukrainian officials. Russia was allowed to book all the capacities of the Ukrainian pipe for August.

And now there are many options. The heat in Europe may last (and severe cold weather sets in in winter) and similar situations will repeat. And it may turn out the other way around. Gazprom may not adequately perceive the decision of the European court.

In addition, due to double standards in the conduct of business, Kiev’s business reputation as a transit country may and will certainly suffer.

Considering than the unelected, no-country eu thinks that Gazprom (a Russian company) should bend over and do whatever the eu wants, the sprouts in brussels should think twice about pissing in their own porridge over the demands of ukro-stan and pooland.

“To this end, Poland has filed a lawsuit with the European Court for Gazprom to use 100% of the OPAL gas pipeline’s capacity”

Poland itself many years ago rejected Russia’s offer to extend/expand its pipelines through Poland, claiming some nonsense about Russia spying through its pipes.

So now they complain like the Ukrainians about lost revenue, even when no one is now bidding on their auctioned capacity? Seems to me both countries belong in a mental asylum.

So, this is the new EU, a post-Soviet refuge for mental cases? Good work, Brussels. You’re quite a work in progress yourself.

The Game of Political Economics

“Now transit through the territory of Ukraine can be booked by any European company on a par with Gazprom. In this case, the European partners will simply receive this gas at the border of Ukraine with Russia, and then conclude an agreement with the “GTS Operator of Ukraine” for its transit.” Sounds perfectly rational to me. Let the balmy Euros deal with the balmy Ukros and throw all those redundant ‘gentlemen’s agreements’ between Biden & Merkel out the window, while the rest of the world watches with a jumbo bucket of popcorn in hand. Especially interesting will be how they… Read more »

LOL
Reply to  The Game of Political Economics

The Euros will have to plant a permanent monitoring team at the border, just to make sure what goes into Ukraine’s pipes comes out the other end.

Tap the Swamp
Reply to  LOL

As if the Ukrainian leadership isn’t already bloated with its own swamp gas. Throw America’s in there and they should have exploded long ago.

Last edited 10 months ago by Tap the Swamp
2
Reply

NONE of this hand wringing on the part of the Ukies is really relevant. Russia has stated clearly, they will fulfill their contract obligations with gas transit thru Ukraine. However, they also point out the contract is up for renewal in 2023. Considering Ukraine’s behaviour to wards Russia, I’ll make a guess and say the Russians will have no interest at all in contract renewal. Why would they, when the Ukrainians don’t pay their bills, and vilify the Russian Government. Where I come from, such behaviour is called “cutting your nose off, to spite your face”.

Pump or Pay? LOL, are you nuts?
Reply to  Eddy

Oh, they might renew the contract but with no minimum transit guarantees (that would be anti-capitalistic) and the euros would have to pay to keep the pipeline primed if they want that route open. Then use it for auctioned blocks, like Poland does.

BTW: For how many years did Ukraine obtain subsidized, well below market rates for its gas? At least a decade, even two I think. Russia should add that all up. 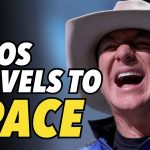 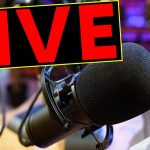