Novichok must be the most cryptic and deceptive chemical placebo ever developed by the erstwhile super-power that exploded the world’s largest 50 megaton Tsar Bomba in its heyday in the 1960s, because victims infected by it create an ephemeral stir across international media lasting a few days, recover within weeks and are never heard about again.

Globally renowned Putin-critic, albeit lacking a significant political constituency in Russia itself, Alexey Navalny was hastily transported out of Siberia to Berlin on August 22 after he fell ill due to the suspected poisoning of his tea. He had been in a medically induced coma since he had arrived in Germany.

A week later, on September 2, German Chancellor Angela Merkel anxiously announced Navalny had been poisoned with the Cold War-era nerve agent Novichok. Mainstream media’s credulous sheeple were pondering over stately funeral arrangements and the likely place for a shrine where the illustrious anti-communist crusader would be buried.

But in a dramatic turn of events yesterday, September 7, the German officials gleefully announced Navalny was out of coma and was responding well to verbal and visual stimuli, as he was found lewdly staring at voluptuous German nurses. That’s one of the adverse effects of Novichok as it is known to produce aphrodisiac responses like the other drugs in the group of nerve agents that includes Viagra and Cialis.

Sarcasm aside, Novichok is the same group of nerve agents that was used on the Russian former spy Sergei Skripal, who was attacked in Britain two years ago.

On March 4, 2018, Sergei Skripal, a Russian double agent working for the British foreign intelligence service, and his daughter Yulia were found unconscious on a public bench outside a shopping center in Salisbury.

A few months later, in July 2018, a British woman, Dawn Sturgess, died after touching the container of the nerve agent that allegedly poisoned the Skripals, though it is contested if she ever came in contact with Novichok. Because what sort of a dopey secret agent would casually discard a bottle of nerve agent that allegedly looked like a perfume bottle in a public park, where a British lady would pick it up and spray it on herself to check out the fragrance? Instead of high-budget spy thriller, that sounds like a made-up cock and bull story.

Nevertheless, in the case of the Skripals, Theresa May, then the prime minister of the United Kingdom, promptly accused Russia of attempted assassinations and the British government concluded that Skripal and his daughter were poisoned with a Moscow-made, military-grade nerve agent, Novichok.

Sergei Skripal was recruited by the British MI6 in 1995, and before his arrest in Russia in December 2004, he was alleged to have blown the cover of scores of Russian secret agents. He was released in a spy swap deal in 2010 and was allowed to settle in Salisbury. Both Sergei Skripal and his daughter have since recovered and were discharged from hospital in May 2018.

The only plausible explanation for the media hype surrounding the poisoning of the Skripals and Navalny appears to be that Western powers want to impose economic sanctions on Russia and, as usual, the mainstream media has been tasked with the responsibility to create public opinion for the impending international isolation of Russia.

On the subject of economic sanctions, it’s an evident fact that neocolonial powers are ruled by behemoth corporations whose wealth is measured in hundreds of billions of dollars, far more than the total GDP of many developing nations. The status of these multinational corporations as dominant players in international politics gets official imprimatur when the Western governments endorse the congressional lobbying practice of so-called “special interest” groups, which is a euphemism for corporate interests.

Since the Western governments are nothing but the mouthpiece of business interests on international political and economic forums, therefore any national or international entity which hinders or opposes the agenda of corporate interests is either coerced into accepting their demands or gets sidelined.

In 2013, the Manmohan Singh’s government of India had certain objections to further opening up to the Western businesses. The Business Roundtable, which is an informal congregation of major US businesses and together holds a net wealth of $6 trillion, held a meeting with the representatives of the Indian government and literally coerced it into accepting unfair demands of the Western corporations.

The developing economies are always hungry for foreign direct investment (FDI) to sustain economic growth, and this investment mostly comes from the Western corporations. When the Business Roundtables or the Paris-based International Chamber of Commerce (ICC) form pressure groups and engage in “collective bargaining” activities, the nascent and fragile developing economies don’t have a choice but to toe their line.

State sovereignty, that sovereign nation states are at liberty to pursue independent policies, particularly economic and trade policies, is a myth. Just like the ruling elites of the developing countries which maintain a stranglehold and monopoly over domestic politics; similarly, the neocolonial powers and multinational corporations control international politics and the global economic order.

Any state in the international arena which dares to transgress the trade and economic policies laid down by neocolonial powers and multinational corporations becomes an international pariah like Castro’s Cuba, Mugabe’s Zimbabwe, Ayatollah’s Iran, or more recently, Maduro’s Venezuela.

Venezuela has one of the largest known oil reserves in the world. Even though the mainstream media’s pundits hold the socialist policies of President Nicolas Maduro responsible for economic mismanagement in Venezuela, fact of the matter is that hyperinflation in its economy is the effect of US sanctions against Venezuela which have been put in place since the time of late President Hugo Chavez.

Another case in point is Iran which was cut off from the global economic system from 2006 to 2015, and then again after May 2018 when American President Donald Trump unilaterally annulled the Joint Comprehensive Plan of Action (JCPOA), because of Iran’s supposed nuclear ambitions. Good for Iran that it also has one of the largest oil and gas resources, otherwise it would have been insolvent by now.

Such is the power of Washington-led global financial system, especially the banking sector, and the significance of petro-dollar, because the global oil transactions are pegged in the US dollars all over the world, and all the major oil bourses are also located in the Western financial districts.

The crippling “third party” economic sanctions on Iran from 2006 to 2015 have brought to the fore the enormous power that the Western financial institutions and the petro-dollar as a global reserve currency wields over the global financial system.

It bears mentioning that the Iranian nuclear negotiations were as much about Iran’s nuclear program as they were about its ballistic missile program, which is an equally dangerous conventional threat to Israel and the Gulf’s petro-monarchies, just across the Persian Gulf.

Despite the sanctions being unfair, Iran felt the heat so much that it remained engaged in negotiations throughout the nearly decade-long period of sanctions, and such was the crippling effect of those “third party” sanctions on Iran’s economy that had it not been for its massive oil and gas reserves, and some Russian, Chinese and Turkish help in illicitly buying Iranian oil, it could have defaulted due to the sanctions.

Notwithstanding, after the brutal assassination of Jamal Khashoggi at the Saudi consulate in Istanbul on October 2, 2018, and the clear hand of Saudi Crown Prince Mohammad bin Salman in the murder, certain naïve political commentators of the mainstream media came up with a ludicrous suggestion that Washington should impose sanctions on Saudi Arabia.

As in the case of aforementioned Iran sanctions, sanctioning Saudi Arabia also seems plausible; however, there is a caveat: Iran is only a single oil-rich state which has 160 billion barrels of proven oil reserves and has the capacity to produce 5 million barrels per day (mbpd) of crude oil.

Therefore, although imposing economic sanctions on the Gulf States might sound plausible on paper, the relationship between the Gulf’s petro-monarchies and the industrialized world is that of a consumer-supplier relationship. The Gulf States are the suppliers of energy and the industrialized world is its consumer, hence the Western powers cannot sanction their energy suppliers and largest investors.

If anything, the Gulf’s petro-monarchies had “sanctioned” the Western powers in the past by imposing the oil embargo in 1973 after the Arab-Israel War. The 1973 Arab oil embargo against the West lasted only for a short span of six months during which the price of oil quadrupled, but Washington became so paranoid after the embargo that it put in place a ban on the export of crude oil outside the US borders, and began keeping sixty-day stock of reserve fuel for strategic and military needs.

Nauman Sadiq is an Islamabad-based attorney, columnist and geopolitical analyst focused on the politics of Af-Pak and Middle East regions, neocolonialism and petro-imperialism.

The Skripal and Navalny Novichok stories are so stupid one would have to have the intelligence worse than a retard to believe it. Supposively worse than VX gas? People really don’t understand military grade nerve agents would wipe out a lot. Amazing no one died. Couldn’t one pay a criminal to get rid of them? Nope let’s use a military grade nerve agent that’s less Lethal than paint thinner, a second time. Then struggle to keep him alive. Then hand him straight to the hands of the enemy. This bullshit can only be packaged and sold in the EU and… Read more »

It’s an inside job, Navalny was discredited by his bosses,Michail Khodorkovsky andYevgeny Konstantinova for bankrupting their movement amongst other things.

Looks like the German authorities are “kinda spooked out”.

They just scared their population with a nation wide public siren alert.

Germany’s turning to the untrustworthy and fully compromised puppet org, OPCW, clinched it for me. The fix is in.

Yep, a false flag,food poisoning is now a nerve agent attack,bad fish or meat can put you out of commission..

It appears our German cousins now want to involve the OPCW.

The OPCW has proven itself to be a politically poisoned tool.

This essay may be useful to assess the claims made: 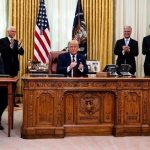 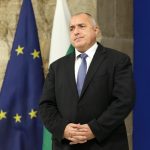