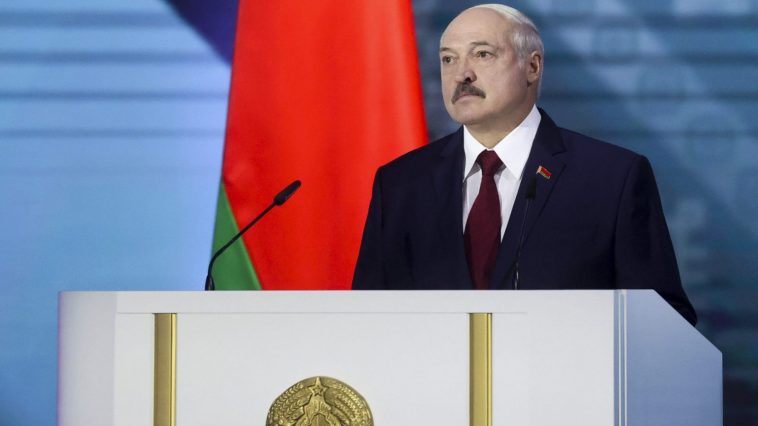 One day at the beginning of April this year I had an awakening. It dawned on me that Russia had been leaned upon to change its policy regarding COVID-19. By that time the virus had spread through the UK like wildfire and was reaching its peak whereas in Russia there had been few infections and very few deaths.

It disturbed me that Russia Today (RT), a favoured TV channel, had changed course. It had always been a safe harbour in which to dock alternative viewpoints and seek solace from the lies and dogma of our own major news broadcasters. With the exception of events of 9/11 Russia Today seemed to offer a refreshing and often incisively critical insight into world affairs, throwing new light on the Skripal affair and the alleged chemical attacks in Syria, among other worthy reporting.

When the viral spread of SARS-COV-2 hit the west, forcing lockdowns and facial masks, RT was praising Russia’s efforts in controlling the spread and keeping deaths to a minimum. By all measures it looked like Russia had bucked the trend and everything was under control. Suddenly all that changed. News readers, regular anchors and reporters were pushing a totally different message. In essence the coronavirus rhetoric had gone east. Accompanying footage suddenly contained repetitive images of people wearing masks and RT’s UK viewers were being advised to follow the guidelines on lockdown for our own safety and the safety of others. I might just as well have been watching the BBC.

It made me question, and I guess many other RT viewers questioned it too. Who had such control of the Russian media? After all RT is 100% state-owned. Was the Russian Bank (RosBank) behind the change? Rosbank is also 100% state-owned so there would be little reason to have done an about turn over COVID-19 unless the Russian government had also had a change of policy. I concluded that some ultra-powerful entity must have been behind the change, some entity with more clout than the state.

While Russian deaths started rising to US, UK elevations, its near neighbour Belarus was containing COVID-19 in the way I was expecting Russia to have done, the way South Korea was still doing. The most likely reason for the Russian policy change has only come to light within the last week or two. Tyler Durden posted an article in GreatGameIndia.com which showed that the Belarus president, Alexandr Lukashenko, had been offered a bribe to adopt the same measures Italy had adopted – that is lockdown, curfews, masks and other severe restrictions.

In an act of integrity rarely found in world leaders Lukashenko refused the bribe. Africa, which has had a very low infection and death-rate from COVID-19, has likewise had several of its countries targeted by multi-billion cash-cows – WHO and Bill Gates – which pretty well amounts to Bill Gates since he is one of the biggest donors to WHO. African countries which have been offered bribes include Tanzania, Burundi and Madagascar. It can hardly be assumed they are alone.

Meanwhile in Belarus life has gone on as normal. Football spectators have continued to go to matches and the season is in full swing with cup matches currently being played. According to the United Nations Human Rights Council a few companies have encouraged employees to work from home. Opposition outlets cast doubt on Lukashenko’s lack of action over lockdowns, curfews and tracing. Towards the end of March Yuliana Volkova wrote an article designed to raise panic among Belarus residents in much the same way our media has succeeded.

She cited instances of generosity from the private sector for PPI equipment to hospitals, raised fears about Russians who had visited Thailand or Florence and were now in Belarus hospitals, stating that hospitals were full of patients who were only ever diagnosed as having pneumonia. She finished her alarmist piece by saying she hoped all this was just panic and psychosis. And so it proved to be.

Babariko, saw himself as an ideal candidate since he believed the country needed a manager after Lukashenko’s mishandling of the COVID-19 pandemic. He told Meduza that during the pandemic “the government showed incredible neglect.” Babariko is a great believer in loans and quite clearly would be willing to snap the hands off the World Bank with its COVID-19 bribes – and just as willing to pay the forfeits attached.

Babariko, who was often seen wearing a face-mask even though few of his supporters do, is being held on charges of embezzlement. He has also been accused of engaging in official authority abuse and withdrawals from banks in Cyprus, London and Latvia. He faces up to four years in prison on the embezzlement charges. Investigations into his bank, a sister bank of the Russian Gazprom, have been ongoing since 2016. While he is ensconced Svetlana Tikhonovskaya stands in his place. If elected she has agreed to release Babariko and call fresh elections.

On 28 July a contingent of Russian mercenaries were arrested in Belarus. They are members of a private military company called “Wagner” and the purpose of their presence in the country is being investigated. Lukashenko believes they may have been sent to destabilise the elections while Russia denies any involvement.

In a broadcast on the 4th of August Lukashenko again raised the issue of the 33 militants, though mostly his speech was about internal affairs. He added that there was knowledge of another detachment having been sent to the south and that these militants would be caught too. A spokeswoman for the Russian government, Maria Zakharova, said there was no proof that the Russians arrested were guilty.

Lukashenko has been in power for 26 years and is seeking a sixth term. He recently told a national security meeting that he had himself suffered from COVID-19 without showing any symptoms. “97% of the population is asymptomatic” he said, adding that the rest of the world was suffering from what he called “coronapsychosis”.

Whatever happens in the election on today if there is a change in leadership it will mean another World Bank controlled state, with restricted visits to the beaches – although landlocked they do have beaches – social distancing, face masks and all the other constraints including a lack of leisure and sports activities, indeed everything concomitant with a locked-down state! The choice is the people’s.

By this time tomorrow, we will know just how wise they are.

A very prescient article that makes many of the points I too have been wondering about for a while. I too had noticed RT’s extreme stance on lockdowns, masks etc – almost identical to the BBC – and wondered about is significance. In today’s world where so called democracies are imposing restrictions on their citizens that would be draconian even in wartime – forbidding people even to meet up except under conditions dictated by the state – Lukashenko’s Belarus seemed a beacon of freedom! Now in the face of protests that bear all the hallmarks of a ‘colour revolution’ Ukraine… Read more »

Whispering sweet nothings in your ear

I’m tired of Lukashenko and I’m tired of US vultures grabbing every alternative to him that may emerge from the Belarus polity and corrupt them to their own ends. If they’re corruptible by US vultures, then they’re no alternative that’s worth a hoot.

Tyler Durden is a fictional character, and also an alias used for Zerohedge. The greatgameindia article mentions neither. Off to a bad start. In addition it is simply FALSE that Lukashenko refused a ‘bribe’! The ggindia article talks about Lukashenko refusing conditions for a loan. That is hardly the same as a bribe. The bigger question though is why Lukashenko would even need to apply for a covid related loan when there were no restrictions in Belarus and apparently there are nearly no cases and even during peak times supposedly only 4 to 6 deaths per day. Never mind that… Read more »

I don’t buy it. If Lukashenko had scruples, he’s have run an honest election. That said, some of that opposition are totally bonkers. I saw one holding up a sign in English; ‘Stop the Belarus Genocide!’

I don’t think even Soros’ people are that stupid. 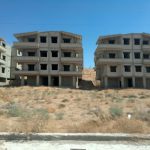