This Sunday, I would like introduce the incredible new series on Huxley and the origins of the counterculture which was first published on the Strategic Culture Foundation.

It is my contention, that without understanding the causal ideas and historical forces shaping our culture for better or worse, it becomes impossible to actualize true sovereignty for each of us, either as individuals or society as a whole of which we are each integral parts. I state this because it is only by understanding the ugly ideas premised on lies vs the beautiful (though too often suppressed) ideas premised on truth that we can then freely chose which sets of ideas we wish to shape our identities, hopes, values and priorities around. In ignorance of such matters, we will never be certain which ideas and convictions we hold that were generated within us vs which were placed into our souls by interests that mean to do us and our civilizations harm.

So while some of the content contained in Cynthia’s four part series may be disturbing, as it admittedly tackles some major cultural sacred cows that shape much of our world, I promise you that there is a greater, more durable pleasure that will now be open to you.

I will begin by Cynthia’s lecture with Joaquin Flores and Tim Kirby which covers her series in broad brush strokes, followed by links to the four part written series.

Who Will Be Brave in Huxley’s New World?

No wonder that the Tavistock Institute and the CIA became involved in looking at the effects of LSD and how to influence and control the mind.

The War on Science and the 20th Century Descent of Man

Huxley makes it crystal clear that he considers the world to be overpopulated, and that science and progress cannot be free to advance without limits.

The Origins of the Counterculture Movement: A Gathering of Anarchists, Occultists and Psychoanalysts for a New Age

The third part of Cynthia Chung’s series discusses how Aldous Huxley’s form of ideological spirituality went on to shape the drug-counter-culture movement.

Huxley’s Ultimate Revolution: The Battle for Your Mind and the Relativity of Madness

The relevance of the Esalen Institute’s “revisioning of madness” needs to be acknowledged as having been entirely spear-headed by the Tavistock Institute, and clearly, not for our benefit. 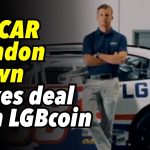 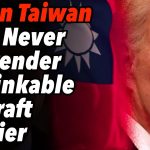