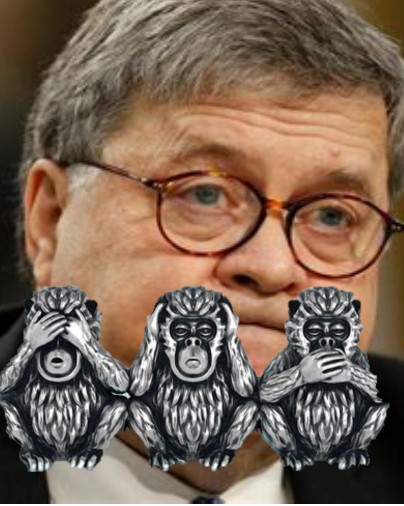 1. The DOJ dropped an investigation against his client as soon as he took over.

Reuters broke the story that Attorney General Bill Barr, while working at Kirkland & Ellis, represented Caterpillar in a billion-dollar tax case that miraculously was dropped by the DOJ one week after Barr took over the Justice Department:

The decision, the email said, came from the Justice Department’s Tax Division and the office of the deputy attorney general, who was then Rod Rosenstein.

It must be a coincidence, that it all stopped. When Caterpillar’s defense attorney became the Attorney General. Read the full article :

Bill Barr Did WHAT? How Is This Not The Biggest Story In The Country Right Now? by Joe Patrice 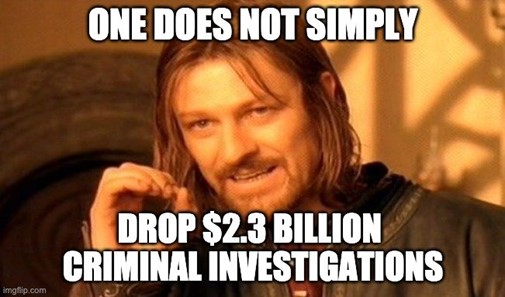 2.  Bill Barr, the DOJ, and the Kirkland & Ellis Connection

Attorney General Bill Barr’s  DOJ is stuffed with ex employees from the Barr’s former law firm, Kirkland & Ellis, they hold the highest ranks of the Department of Justice.  Kirkland & Ellis are extremely powerful due to their connection to the DOJ.

Back in 1992, the first time Bill Barr was U.S. attorney general, New York Times writer William Safire referred to him as “Cover up-General Barr” because of his role in burying evidence of then-President George H. W. Bush’s involvement in “Iraq-gate” and “Iran-Contra.”

As President Bush’s most notorious CIA insider from 1973 to 1977, and as the AG from 1991 to 1993, Barr wreaked havoc, flaunted the rule of law, and proved himself to be one of the CIA/Deep State’s greatest and most ruthless champions and protectors.   Barr was a double agent during the Iran contra affair and a fixer for Poppy Bush.  Barr wanted the Church Commission to remove the moratorium on the destruction of CIA documents…covering for his bosses.  While at the CIA Barr drafted letters asking if the agency could again “start” destroying Church Committee records.

The Church Committee was a U.S. Senate select committee in 1975 that investigated abuses by the Central Intelligence Agency, National Security Agency, Federal Bureau of Investigation, and the Internal Revenue Service. Barr stonewalled and destroyed the Committee investigations into CIA abuses.

Since AG Barr took over for the impotent AG Jeff Sessions in February 2019, he has dropped the Clinton Foundation investigation, punted on charging Comey for leaking classified memos, and punted on charging McCabe despite a slam-dunk 18 USC 1001 false statements case.

8.  Barr did not release release the exculpatory evidence to Sidney Powell

Sidney Powell went to the mat for her client and clamored for the Justice Department to release the exculpatory evidence.  They’ve never given the original 302s (reports of Flynn interview by Strzok and Pientka), which I believe were destroyed once Strzok and Page rewrote them.  Neither Barr nor Wray acted to release the documents.

Barr expressed his support for gun control measures as well as confiscation during the hearings in 1991 for his first time as Attorney General for President George H.W. Bush.  He is widely considered to be the author of  PL 101-647, The Crime Control Act of 1990.

Barr said it was just fine that the House went through with impeachment! But the impeachment was to cover Biden’s son Hunter and his Ukrainian Burisma dealings.  Is Barr ruling that out of his investigation? And what about Pelosi’s son, Kerry’s step-son, Chris Heinz, and Mitt Romney’s top advisor, Cofer Black?

I prefer Bill Barr in his role of ‘Peter’ in family guy. 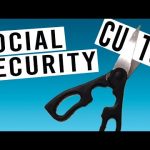 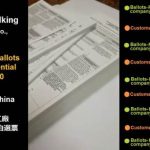