On Thursday, 8 July, US President Joseph Biden announced that the American military contingent would leave Afghanistan by 31 August. Immediately afterwards, a heated debate broke out in expert circles over the rationale behind Washington’s decision and the long-term consequences for the region following the Americans’ withdrawal.

As we know from the statements of American officials, the US initially came to Afghanistan to fight international terrorism and promote democratic values in the region. However, it is obvious that the withdrawal of the military contingent would put a fat end to the whole 20-year US campaign and cause a new outbreak of Taliban activity.

However, it cannot be said that under Bush, Obama or Trump’s rule Afghanistan has succeeded in building a democratic state or solving the problem of terrorism. No, none of the American presidents has ever come close to achieving their goals, but each of them has reported US victories and talked about the need for troop withdrawal.

Even Joseph Biden’s current statement about victories in Afghanistan took place against the backdrop of a massive and successful offensive by the Taliban in several Afghan provinces. And this ambiguous American behaviour can be traced throughout the entire 20-year period of the American military contingent in Afghanistan.

The flip side of the US campaign

A look at the Afghan campaign over time reveals that U.S. relations with the Taliban are far more complicated than first meets the eye. Back in 2001 the Taliban suffered a crushing defeat at the hands of the Americans – the war halted for two whole years, but the U.S. did not destroy the Taliban completely and allowed it to regroup.

It is no secret that at the first stage of the war the Taliban were concentrated in the south of Afghanistan and could have been completely defeated by the Americans if Washington had ordered them to do so. The war would have ended early on, but then the Taliban were deliberately pushed northwards, dispersing the movement throughout Afghanistan.

Gradually the Taliban rearmed and gained strength. The war intensified and spread to new provinces. The Taliban were never destroyed, but the Americans again announced that they were withdrawing from Afghanistan due to the defeat of the movement. This at a time when the initially compactly focused Taliban have managed to drag the entire country, rather than individual provinces, into the flames of war.

As a result, the 20 years of American counterterrorism efforts and democracy promotion only worsened the situation in Afghanistan, and with it the country was filled with huge amounts of weaponry. It is not difficult to guess that after the Americans leave, all these weapons will end up in the hands of the Taliban, who will build up their advantage even more forcefully.

It is against the backdrop of such ambiguous decisions by Washington that one gets the impression today that the Taliban are merely an instrument of American influence. They can undermine the security system in Central Asia, Tajikistan, Uzbekistan and other countries that are in the zone of American national interests.

After the US withdrawal, Afghanistan will be a problem for Pakistan, Iran, Russia and China. In addition, there is a high probability that it will become a centre of international terrorism or a new hotbed of regional instability. Obviously, this could be beneficial for the US, which competes with the regional leaders Russia and China.

Experts from the CSTO countries, Iran, Pakistan, Russia and China are seriously modelling the scenario of military action that could spill over the borders of Afghanistan. More than 80% of Afghanistan is under Taliban control, and in the past few years, government troops have repeatedly surrendered border guard outposts and crossed into the CIS territory.

In addition, there is a large concentration of mercenaries on the territory of Afghanistan who can potentially be used as a strike force to destabilize neighboring countries. It may be advantageous for the US to stoke the conflagration on the borders of Afghanistan in order to hit Russia and China, diverting their resources to resolving regional conflicts.

It is estimated that as many as ten thousand bayonets are concentrated in Afghanistan in combat units that have previously fought under the banners of radicals in Syria and Libya. This is one of the factors that can bring the internal Afghan problem out of the country, and the border countries, including the leaders of the region, will have to deal with it.

In this sense, CSTO and SCO experts do not rule out the possibility that the situation in Afghanistan could be used to destabilise neighbouring states. There are active negotiations and consultations among the security agencies aimed at preventing any conflicts, even potential ones, in the border areas.
The net result is that once the US is gone, Afghanistan will be a far bigger problem for Central Asia than it is for the West. Russia, China, Iran, Pakistan, Tajikistan, Uzbekistan and other states of the region will receive the country with all its problems and will have to make efforts to prevent new local conflicts from erupting in the heart of Asia.

What will the Americans do in the meantime? Probably continue to criticise the CSTO and SCO for allegedly misbehaving, negotiate with the Taliban, and boast about their incredible successes in Afghanistan. Basically, as is usually the case – first make a mess and then point out to other countries that they are not cleaning it up properly.

The US did not initially “come to Afghanistan to fight terrorism and promote democratic values.” For those that remember, or bother to study history, the original rationale was based on the allegation that Osama bin-Laden was responsible for organizing, from his cave somewhere in Afghanistan, the attacks of911. Based on that President Bush, whose family had extensive ties to implicated Saudi royals, demanded that the Taliban turn over bin-Laden, or face an invasion to arrest or kill him. In fact, it was the initial US intervention into Afghanistan in the mid 1970’s that led to the creation of the both… Read more »

Initially the US created the Mujahadeen (now known as Taliban) as a terrorist group to drive out The Soviets who had initially invaded Afghanistan. They succeeded, leading to the fall of the Soviet regime. President Bush always KNEW that Osama bin-Laden had nothing whatsoever to do with 9/11, because he and his VP Dick Cheney collaborated with those really responsible. (The Saudis made only a minor contribution.) That is the reason that the White House flew the bin Laden family out of the US, where their lives were threatened once the bin Laden fake culprit was made public. At that… Read more »

Well, it’s not exactly like the US has not gone that route before.

Quote, “US could use Taliban to destabilise Central Asia” Unquote. Apparently Afghanistan has been the World show piece of stability over the last 40 years or so, according to the author of this article. It would seem the ILLEGAL INVASION and OCCUPATION of Afghanistan did not destabilise the central Asian areas. L.O.L. Amazing the crap some people can convince themselves of to persue their agendas. 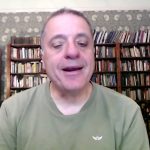