The Syrian and Jordanian sides reached an agreement that would solve the crisis of Syrian freight refrigerators stuck on the border between the two countries, due to the Jordanian side limiting the work of the Jaber-Nassib border crossing to a few hours, which prevents all trucks from crossing.

The agreement stipulated extending the official working hours inside the Jaber-Naseeb border crossing center on the Jordanian side to reach 7:30 p.m. every day, and the Syrian Ministry of Economy also agreed with the Jordanian Ministries of Trade and Health to increase the capacity of daily “PCR” tests for Corona. With the aim of accelerating the procedures related to the transit of freight refrigerators, and alleviating as much as possible the bottlenecks that occurred during the last period.

As a result, the Syrian Ministry of Economy announced that it had suspended the certification of certificates of origin for Syrian exports through the Nassib border crossing, as of Thursday, until the end of the truck crisis stuck at the border.

Since the beginning of this week, hundreds of Syrian trucks have accumulated at the “Nassib” border crossing, carrying tons of foodstuffs intended for export, which threatens to spoil these cargoes as a result of the overcrowding at the crossing.

Also, in light of the reliance of these trucks on their fuel in order to keep their refrigerators working and to preserve the foodstuffs inside, and with their long waiting hours at the borders, dozens of them ran out of fuel, which led to the refrigerators stopping their work, and making the Syrian government send special quantities of diesel to them to prevent people from entering the country. damage its materials.

The fact that Syrian trucks had to stop at the Nassib border crossing for long periods is not new, as the same scene has previously been repeated several times, as a result of the Jordanian authorities’ decisions to close the borders to Syrian exports without warning, citing the conditions of the Corona virus. 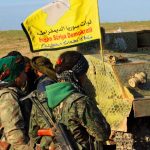 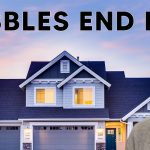