The Autonomous Administration issued a statement denying the killing of the young man “Amin Issa Ali” in one of its prisons on the Syrian island under torture.

The statement said that “Ali” was detained by the “SDF” on charges of corruption and paying bribes, and that he was suffering from previous diseases and health problems and was taking medicines that his family brought him to the detention center, adding that the examination of his body showed that there were no signs of violence or torture and that the cause His death was a stroke caused by arterial tension, according to medical reports.

The statement indicated that Ali’s family members were invited and informed of the death and its cause, and were offered to name doctors from their side to examine the body and find out the causes of death in case there are doubts about the medical reports.

The Autonomous Administration said that it was surprised by the spread of information about the death, which it described as different from the truth, and the publication of pictures that it said were contrary to human values, noting that the picture was modified through the “Photoshop” program. According to the statement.

The Autonomous Administration confirmed that the medical reports refute the allegations of torture of the detainee, which aim to create sedition and distort the image of the SDF, noting that everything that was circulated through the media is baseless, expressing its willingness to form an investigation committee to reveal the causes of the death of the detainee.

This came after the spread of media reports and pictures stating that “Ali” was killed under torture in SDF prisons, suffering severe burns as a result of the brutal torture he was subjected to, which sparked a wave of anger against SDF against the background of the crime. 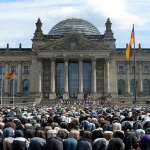 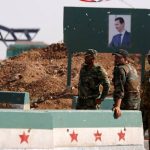