If you thought making everything about race was an American obsession, take a look north of the border. On February 18, race agitator Rachel Snow told us the real number one problem of Canadian society. You guessed, it’s racism.

When white males are the main protestors, everybody else takes a back seat, she says. In her polemic she goes on to relate a series of totally irrelevant anecdotes, including one about the bizarre death of a woman named Cindy Gladue. Snow gives the impression that Gladue was murdered by a trucker named Bradley Barton. In fact, Barton was convicted only of manslaughter after a retrial.

For those who want to read the sordid details, the retrial was reported by the CBC.  The two had been drinking heavily and had engaged in “rough sex”.

Barton was given a twelve and a half year sentence, and is currently appealing.

The rest of Snow’s article is full of garbage about white supremacy and white patriarchy. The former is said to be hidden in Canada, presumably under Justin Trudeau’s make-up when he performs in blackface.

It is difficult to take women like Snow seriously because like every other feminist on the face of this planet and most male social justice warriors, she doesn’t understand how power works. To that you can add her ignorance of history. If Canada looks as though it is based on white supremacy it is because it was built by white men. And if it looks patriarchal it is because men run Canada the same way men run the world.

However many female politicians sit in our parliaments, it is men who turn out at 2.30 on a Sunday morning to fix a broken water pipe, seal a gas leak, or reconnect electric cables. It is men who work almost all the really dangerous jobs and all the heavy duty jobs, including trucking. And it is male, overwhelmingly white truckers and their families who have been treated like dirt by Canada’s dictator, and his smiling female Deputy Prime Minister who announced their bank accounts and funding were being seized unless they submit to compulsory medication.

For those who do understand, and especially for those who want to see where this is leading, check out the latest Rumble video by Glenn Greenwald. Unless we make a stand now, while idiots like Rachel Snow continue chasing fanciful conspiracies, Trudeau and his ilk worldwide will enslave us all with real ones. 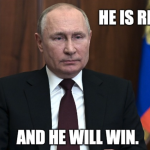