The “Ansar Abi Bakr” Takfiri faction has claimed responsibility for targeting the Turkish forces in the village of Batbu in the western countryside of Aleppo.

In a statement published by the faction on the Internet, the faction stated that its members targeted, with thermal snipers, the bases of the “Turkish NATO” army, as the statement described it, in the village of “Batpo”, and confirmed that the operation resulted in the injury of / 3 / Turkish soldiers directly.

Informed sources told the “Syria Documentation Center” that the condition of the Turkish injured is critical, and they were transferred to Turkish hospitals by airplanes after two of them were hit in the chest and another in the neck by snipers, indicating that one of the injured is a soldier with the rank of sergeant, while no official comment was issued about The attack by the Turkish Ministry of Defense.

The operation is not the first of its kind targeting the Turkish forces in Idlib, as a Turkish military vehicle had previously been targeted by “RPG” shells at the hands of unknown persons while it was passing near the city of “Maarat Misrin” in Idlib countryside, as it targeted the Turkish base in the town of Ram Hamdan, “Last month, a guided missile wounded a Turkish soldier and two members of the” Sham Legion “.

The “Ansar Abi Bakr Brigade” had previously announced its claim to carry out attacks against Turkish forces, as it revealed itself for the first time in September 2019, when it claimed that the Turkish point was targeted in the village of “Basket of Flowers”, west of Idlib, and the faction said at the time that it was independent and not affiliated. Any organization or group, and that it rejects the Russian-Turkish ceasefire agreement, warning against approaching the Turkish bases. 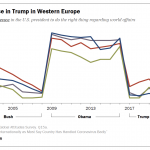 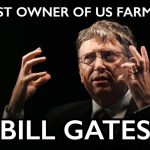