William Merritt’s book was covered here in May. I have since been presented with a signed copy, so here is  a fuller review.

I will start by making three tiny criticisms. Throughout the book he uses the word historic in relation to allegations of sex offences dating back years or decades. The correct word is historical; historic alludes to something of note, historical means simply in the past. Having said that, this is a common error that many people make – including me at one time.

The text could have used some editing, in particular the author has an aversion to using pronouns, and it isn’t necessary to spell out a person’s name in full four or five times on the same page. The book could also use an index. Having said that, I read it cover to cover in a little more than four sittings. Those are the limits of my criticism. Now, some background.

For younger readers, Rolf Harris was an A List celebrity for decades. Although he never broke the American market he was a massive star in Britain, in Malta – where he had a financial investment, in New Zealand, and in his native Australia. He arrived in Britain in 1952 to study art, and ended up working in showbiz: a singer, occasional songwriter, multi-instrumentalist, comedian, raconteur, TV presenter, and a talented artist who was commissioned to paint the Queen for her eightieth birthday. He was also a big personality. It seemed the only people who didn’t like Rolf were those who didn’t like men with beards or who were jealous/envious of his success. Yet in 2014 his world came crashing down around his ears when he was convicted on all 12 counts of sexual offences by a jury at Southwark Crown Court. How did this happen? To understand that, we need to mention another celebrity, Jimmy Savile.

Although not as big a star or as talented as Rolf, Savile was also a well-known celebrity in Britain. Principally he was a disk jockey and TV presenter, but he also raised enormous amounts of money for hospitals and perhaps even more important, raised awareness about mental health.

In the 1970s, he visited the now closed Duncroft School several times. This was a special school for bright girls who had done dumb things. Three decades later, several of these former Duncroft girls conspired to frame him for historical sex offences.

In October 2009, detectives from Surrey Police travelled to Stoke Mandeville Hospital in Buckinghamshire where Savile had done legendary work, to question him by appointment. He turned up without legal representation and answered every question they put to him as well as a few they hadn’t, totally debunking all these women’s claims.

Savile died in October 2011, two days before his eighty-fifth birthday and was given a funeral fit for a king. At this point, Mark Williams-Thomas crawled out of the woodwork. He had served with Surrey Police for twelve years then quit nearly halfway to a fat pension for a career in journalism. He then got together with Savile’s false accusers and produced a documentary that trashed his reputation regurgitating their debunked claims and adding a few more.

Alarmed at the publicity, the police appealed for “victims” of Savile to “come forward”, and come forward they did, literally in their hundreds. In the wake of the initial allegations there was a great deal of skepticism as can be seen from this excellent article in Tribune. Alas, it didn’t last long, and some of the stories pushed by the media were ludicrous. On January 20, 2013, the Daily Express published a tall tale about a woman who claimed to have been raped by Savile when she was 13. During a satanic ritual! There were even claims he had procured boys for Prime Minister Edward Heath to murder on his yacht!

Horrified by the flak they were catching for allowing these imaginary crimes to go unpunished, the police turned to living celebrities, and Operation Yewtree was launched. This did result in warranted convictions, but the only person who wasn’t already on their radar was the TV presenter Stuart Hall. The homosexual DJ Chris Denning was first convicted of sexual offences in 1974. Gary Glitter had fallen from grace in the 1990s. But Rolf?

His problems started when a former friend of his daughter contacted the police in November 2012. She was the principal complainant in Rolf’s first trial. Because he wasn’t called in until after this trial, William Merritt discusses this case in Chapter 12. There were four complainants, she along with two of the others are given pseudonyms. The fourth, Wendy Rosher, also known as Wendy Wild, waived her anonymity and is now deceased. Another of Rolf’s accusers also waived her anonymity. Too kind by half, Merritt calls her Theresa Malcolm, but we will call her by her real name, Tonya Lee.

According to Merritt, the trial was lost on account of Wendy Rosher, yet hers was the weakest allegation. She claimed Rolf indecently assaulted her when she was around 8 years old at the Leigh Park Community Centre in Havant. This would have been around 1969. At that time, Rolf was already a big star, and had he performed there, there would have been a paper trail. Indeed, had Rolf performed there, it is doubtful such a small organisation could have afforded his fees, and if he had performed free, for a charity function say, there would again have been a paper trail. That being said, the CPS charged him with this rubbish, the Crown presented it, the judge accepted it, and the jury convicted. Rosher made a compelling witness; it remains to be seen if she was dishonest, delusional or both, but Merritt and his small but dedicated team left no stone unturned to establish the truth. 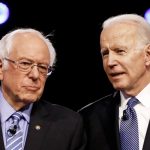 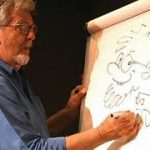