Despite the withdrawal of the U.S. from the World Health Organization (WHO), the current American government has expressed an interest in leading a major reform for the health organization and, for that, President Donald Trump wants Brazil’s support. Washington’s intention to count on Brazil’s help to reform the WHO is in spite of calls from members of the European Union (EU) not to do this.

According to a report by UOL columnist Jamil Chad, Washington has already sent a document to Brasilia listing principles to be taken into account in the WHO’s restructure. For the EU, such principles advocated by the Trump administration would aim to weaken the agency when the focus should be to strengthen it in the midst of a pandemic. Washington broke with the organization following a series of accusations and threats made by Trump. The American president claimed that the WHO showed little efficiency in managing the COVID-19 pandemic and was too benevolent with China. Thus, the reform would also aim at neutralizing the supposed Chinese influence within the institution.

Although Brazil has not officially spoken out on the matter, the proclaimed automatic alignment of the Jair Bolsonaro government to Washington is observed with concern. In view of Europe’s irritation with this attempt by Trump to reformulate in his own way the highest health authority in the world, a possible Brazilian endorsement of the American proposal could have a negative impact on Brasilia’s relationship with the European bloc.

If Brazil chooses to give in once more to U.S. pressure, it may hinder the trade agreement between the Southern Common Market (MERCOSUR) and the European Union from being ratified. This trade agreement is already threatened by the critical European stance to the controversial environmental policy of the Bolsonaro government.

Due to the alignment of Brazilian foreign policy with Trump, Europe has already sought ways to isolate Brazil. A recent example is the European support for the postponement of the Inter-American Development Bank presidential election. While Brazil sided with the U.S. and 15 other countries to hold the vote later this year, the EU along with Chile, Argentina, Mexico and others, argued that the election should be postponed until next year. Trump wants an American citizen to head the institution, which has always been chaired by Latin Americans. Breaking a six-decade tradition, Trump nominated Mauricio Claver-Carone, his adviser, for the post. Since Washington already has much greater decision-making power than other members within the bank, the eventual appointment of an American to become the Bank’s president would increase this imbalance in favor of the U.S. For those who defend the postponement of the election, if it is carried out in March 2021, as desired, it is possible that the U.S. might have a new president, meaning that other interests could prevent a radical change in the functioning of the bank. This is a demonstration of how Europeans want to contain Bolsonaro, even making preferential alliances with Mexico and Argentina. Brazil supported Washington’s demands instead of seeking to be a leader in Latin American affairs.

In November, the U.S will hold a new presidential election. If Trump is defeated by Democrat Joe Biden in the elections, this could represent a major adaptation challenge for Brazil’s current foreign policy. Since the inauguration of Bolsonaro, the decision to automatically align with Washington and offer personal support for Trump was always risky and broke Brazil’s traditional diplomacy of power balancing.  If Biden is successful, Brazil must reorient its foreign policy in order to be seen as a respectable and relevant partner. The truth is that Brazil has very rarely been an important place on the U.S. foreign policy agenda, and during the Trump administration, Brazil has not been elevated by Washington despite Bolsonaro’s hopes.

The decision by the White House to ask Brazil for support in its efforts to reformulate the WHO is also conjunctural, explained by the attacks of Brazilian authorities on the organization and by Bolsonaro’s disastrous COVID-19 pandemic policies that has seen over 3.7 million Brazilians infected and over 118,000 killed. In the context of this pandemic, Brazil became known for its terrible management of the crisis, making it the country with second highest number of contagions and deaths, behind only the U.S.

Brazil is also remembered to have been one of Trump’s partners in his attack against the WHO and other international organizations, making Bolsonaro an ideal partner, and perhaps the only one in the whole world, to accept Washington’s invitation to reconstruct the WHO. There is a clear political interest in the American government to reform the WHO so it has “less Chinese influence.” Given the innumerable criticisms to the WHO, pertinent or not, it is appropriate to think about reforms in the WHO as long as they are conducted with care and seriousness in order to strengthen its multilateral aspects, and not just a way for Washington to open a new front to antagonize Beijing. Despite China being Brazil’s largest trading partner, Bolsonaro is opting to side with Washington to pressurize the WHO. Effectively, it is likely the U.S. and Brazil will stand alone in trying to reform the WHO.

As shown in this article, the World Health Organization has taken steps to burnish its tarnished reputation:

Thanks to the COVID-19 pandemic, we are being fed an even more constant stream of propaganda from the world’s most influential health organization. 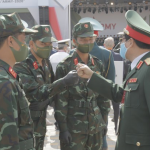 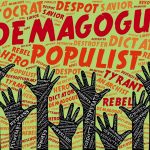