Aaron Russo’s America Freedom to Fascism – Full Filmmaker Aaron Russo examines the process of taxation and the state of freedom in America. He seeks proof for his belief that there is no law requiring…

The Supreme Court said that income tax is unconstitutional, so why was John McAfee arrested on income tax evasion charges because he had not filed his income tax?  They are at best allegations, but no one is breaking the law because there is no law in the US that you have to pay income tax.

The IRS is asking you to pay income tax unconstitutionally and unlawfully.  Basically, the IRS code says it is voluntary to comply, it is not a law.  The definition of income was ruled by the supreme court as income from corporate activity.  It is not money for labor, “wages”, which the supreme court ruled as private property.

If you don’t agree with Biden’s spending spree then I suggest you do not file your tax return as the federal government does not have the constitutional right to take your hard earned income tax.

John McAfee should not have been arrested and he should still been alive today.

Ask Peter Schiff about this. He’ll tell you what happened to his Dad.

Who cares? Suggesting one can refuse to pay taxes on income based on ‘it’s illegal to pay taxes’, no matter which country they’re from and owe taxes to, is absurd on its face.

I suggest you land on Terra Firma for a change. You’ve been up in the stratosphere for too long.

Its like saying no to the racketeering mafia, never ends well.

Taxes have to be paid on the world-wide income in the US.

The documentary explains all with regards to the US constitution 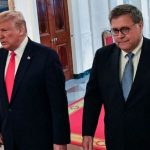 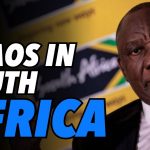