Today is the day.

What many people believe is the most pivotal election in American history is now underway. America seems to be divided into two camps: Those that love Trump and his efforts, and those that hate him.

Notice that I did not include “and hate his efforts.” That is because most of the people I have talked to that dislike the President have no idea what he has done, or how his policies have benefitted them. They think that Joe Biden’s plan to deal with the Coronavirus pandemic is actually something new, when the reality is that the only distinguishing feature of the challenger’s idea is to lock down the entire United States wholesale for “45 days.”

The problem with this is twofold, of course: First, the virus is airborne. Shutting the country down will not kill the virus because it is everywhere. In fact, the restriction of people to their homes is likely to produce new problems – both psychological / emotional and physical. Second: 45 days will not be 45 days… it will be extended until the virus is “gone” which means, basically, welcome to the United Soviet States of America, for all the freedom of movement and work and leisure that we will not have as a country.

But many people, most likely thinking in a very shortsighted fashion, only see Orange Man Bad and they have been successfully conditioned by the media to hate the guy, though they do not know anything about him.

This is the power of the news media upon a population willing to be taken care of by the authorities. There will always be such people, but this is not how America was founded. It was founded and built by people who wanted to take care of themelves, and to be free and independent.

Their huge successess in building the greatest nation the world has ever known resulted in the ascent of this hyperprivileged class of people who now see the structures of country, both in the public and private sectors from quite a different view. In that view comes the cries for a fifteen-dollar minimum wage, not realizing $15.00 an hour at McDonald’s means the price of a cheeseburger will skyrocket from a dollar or two to probably eight or ten bucks a pop. Why? How are you going to pay that $15 per hour out without taking money in?

This hyperprivileged group sees government as the great caretakers, despite the fact that in a nation of 320+ million people, there is precious little that the State can do for everyone. However, in the extraordinarily convoluted way that such people think, the purpose of the nation is to take care of the unfortunate. Who, then, takes care of the nation? For them it is “the rich”, not realizing that all the money of all the top 1% income makers in America would not sustain the nation for very long at all.

These people are not to be despised; they are to be pitied, but also they are not to be trusted. Just as it would be folly to place a four-year-old in charge of our nuclear weapons, it is simultaneously folly to place people who have this kind of mindset, or who pander to those that do, in charge. In Russia such people that pandered to folks who had slowly had their religious faith stripped of meaning, leading to massive and wholesale rejection of it, plus an incorrect retelling of history according to the amazingly effective narrative of “grievance politics” – well, some folks came to power with that sort of campaigning. We still do not know how many people died in Russia and across all of what became the Soviet Union as the result, but estimates start around 20-30 millions and go up.

Folks that do not believe in personal responsibility abound in the United States precisely as the result of our massive success. We created an “entitled” class because we created such a luxurious way of life. I live in Moscow, Russia, and while this city is probably not too different in many ways from any large American city, there are still plenty of scars from the Soviet times that would astonish a lot of Americans: filthy bathrooms in many restaurants, where you have to stand grabbing rails to do #2, smelly plumbing, cheaply made building materials, concrete-block apartments, bad road conditions, dirty grocery stores with rotten food… there are things like this everywhere.

I usually talk up Russia, and there are certainly great things about life here – most of the previous bad things are being worked out and eliminated, much of it only in the last five or six years that I have been here. Indeed, the country is gradually becoming more “can do” in some ways, but there is a long way to go. Communism left a savage mark on these people.

The success of America comes from the faith most of its people have historically carried: in God, in the vision of the country as founded, in their own abilities to make something out of themselves, and their drive to make good things happen. There are still enormous numbers of people like our pioneers. These are the people that support President Trump, because he loves them. He loves all Americans, including the snowflakes, but in a very interesting set of circumstances, this very wealthy businessman understands something that his contemporaries seem to not understand (or deliberately obscure) – that your success is my success, and the best way to help people succeed is to set them free to do it. For some strange reason, President Trump appears to understand America as founded better than many other Americans, even of his age. I call him a throwback. He brings the life philosophy of the American pioneer forward into the twenty-first century, not as rhetorical babble (much like this article might be!) but in reality. His simple moniker Make America Great Again is one of the most successful rallying lines in history. It worked and it is still working. Because of that, and because he, as President, has not gone back on his promises made to his voters in any way (he has never reversed policy, though he has occasionally hit roadblocks to its implementation), his voters love him.

And as you will see through the example of Tucker Carlson, a man far more eloquent and forceful in his rhetoric than I am, that love is real.

There is one change that has become amazingly manifest in this election, which is to reach its culmination and hopeful conclusion within the next twenty-four hours: The coming of Donald Trump has inspired more people to personal responsibility than ever in the nation’s history – at least inso far as voting is concerned. Some states like Texas have already met or exceeded the turnout they saw in 2016, and election day has not even started yet at the time of this writing. Early voting is thunderously proceeding, and this on both sides. The fact that so many Americans are engaging the political process is a change, and probably a very good one. However, what remains unknown is whether or not the rise of America as founded is coming, or the rise of revolution.

After reading the link from k9 on Michele Flournoy, labeled the angel of death on Counter Punch,a Biden/Harris presidency win fills me with dred ,dark forces are a foot who will bring the four horsemen of the Apocalypse upon us,war without end..p.s.,I keep thinking about that David Bowie song,”I’m scared of Americans,and yes you should be,Oh please in the name of all that is holy,i want Trump to win.. 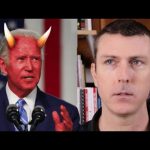 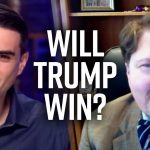