Why did Russia’s Czar Alexander II deploy the Russian navy to the coasts of the USA during the height of the Civil War in 1863? What dynamic shaped the rise of the great rail building traditions across Russia, the USA, Germany, Japan and France in the 19th century and how did this process shape the sale of Alaska and planned Bering Strait rail connection between old and new worlds?

In this presentation delivered to a Vancouver audience as the first part of a seminar entitled “The Historic Clash Between Open vs Closed Systems“, Rising Tide Foundation President Cynthia Chung demonstrates that in order to answer these questions it is necessary to understand a broader historical dynamic shaped by the great scientist-statesman Gottfried Leibniz who guided Czar Peter the great in the creation of the Russian Academy of Science over 150 years earlier. Cynthia zeros in on the forgotten strategic friendship sparked by the Academy’s first female president Ekaterina Dashkova and America’s Benjamin Franklin beginning in 1780 which was integral to the Russian-led League of Armed Neutrality that tipped the balance in favor of US victory against the British Empire. While Dashkova became the first Russian inducted into Franklin’s Philosophical Society, Franklin became the first American inducted into Russia’s Academy of Science.

The story follows the rise of Alexander Von Humboldt who unleashed an incredible movement in America, Germany and beyond which drove a process of progress that has been all but written out of history and nearly gave rise to a world paradigm of win-win cooperation with an international array of rail and development corridors as outlined by the great Lincoln-ally William Gilpin in his 1890 Cosmopolitan Railway.

How was this multi-polar potential derailed by a desperate British Empire? How might this lost potential be recaptured today?

Watch the class to find out.

I’ll bet it regrets it now.

The irony is this is Tide Foundation propaganda (Soros) and one of the main groups promoting ‘The Russian’s did it” and helped finance the US promoted NGO’s that over threw the Ukraine. The group that did all they could do to destroy the Russian economy.

Are you not aware that the Rising Tide Foundation and Soros’ Tides Foundation are not the same thing? It is almost like you did no thinking or reading whatsoever before writing a slanderous lie as if it were an educated truth for anyone to read and spread like poison… which would be truly shameful of you if that were the case.

Your right — I misread the intro – However – your view of history is so biased that it might as well have been the Tide foundation Propaganda machine. Any of the History Professors I had at NYU in the 60’s would have thrown this lecturer out of their class as a total incompetent. I won’t argue the subject and the fact that it is true. It’s in the details and assumptions that I found it lacking. It is such an interesting subject little known today that it deserves better than what you produced. Keep modern politics out of history.… Read more »

Britain eh , corrupt rulers since white men found the Americas , manipulating Chinese trade way back , using drugs to force an entry into that part of the world , the original slavers to a white world , anything to make a shilling . Things have not changed either , Royalty is in on it also , a curse on them all . 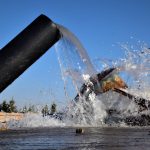