China is already a serious contender to become the world’s dominant nation because of its Governmental system and because that system has produced by far a larger number of highly intelligent and well-educated people than any other nation has. China’s most-basic asset is its having the world’s largest population; and, to this, its Governmental system has increased (added to) the effectiveness of that population, so as to make China already the world’s #1 nation regarding human resources.

Russia is an adjoining nation which has, by far, the world’s largest landmass. Here are the world’s ten largest-landmass countries:

The drop between #s 6 (Australia) and 7 (India) is a very sharp 58% decline down to a nation that has only 42% as much land. From #7 on downward below #6 are, by stark contrast, only gradual declines.

The billionaires who control today’s dominant nation, which is the U.S., understand this. They understand that in order to REMAIN the world’s dominant nation, the U.S. Government will need to grab Russia, or China, or (if that turns out not to be possible) grab its own adjoining country of Canada. Since U.S. and Canada already speak the same language and adjoin each other, CanAmerica would be the likeliest outcome of that.

Look at a globe of our planet. There is enormously more land near the North Pole than near the South Pole: North of 45 degrees latitude is Canada, virtually all of Europe, and all of Russia, and, of course, Greenland, while south of 45 degrees latitude is virtually nothing at all (other than Antarctica, which is the fifth-largest continent, nearly twice the size of Australia and larger than Europe, and having an area of 14,200,000 kilometers, which is almost as large as Russia; so, Antarctica might be the most thriving place of all just prior to global burnout). Both in the northern hemisphere, and in the southern hemisphere, deserts are increasing at an alarming rate, and agriculture is dying, so billions of people will be trying to migrate northward toward Canada, Russia, Greenland, and northern Europe. Consequently, as global warming accelerates into global burning, and as droughts and forest-fires and floods consequently increase and agriculture collapses in the more-equatorial nations, billions of people will be clamoring to migrate either into RussChina or into CanAmerica (the two leading countries), both of which will consequently become multi-ethnic so that nationality in the future will have less and less of an impact upon one’s culture.

CanAmerica will be receiving lots of migrants from south of the border with Mexico; and Russia will come to be dominated by migrants from RussChina’s south, in China. Migrants into RussChina from other countries will, of course, not be granted automatic acceptance. Unfortunately, billions of people who will be trying to migrate into RussChina, and into CanAmerica, will be turned away.

As regards language, both Chinese and Russian are complex languages which are currently only minoritarian, but English is widely spoken as a second language and is considerably less complex. In order to facilitate the increased unity of RussChina, as well as to ease commerce between it and all other nations, RussChina will therefore likely decide to adopt English as their main national language; and this will greatly benefit both the former Russian and the former Chinese parts of that mega-nation. Meanwhile, CanAmerica will continue with English being its main national language. The end-result will be that all over the planet, most people will be fluent in English. Furthermore: increasingly, fluency in the English language will be a prerequisite for personal success, especially in order to win admission into either RussChina or CanAmerica.

As regards the non-Russian parts of Europe (and understanding that the European part of Russia is the largest European nation both in terms of landmass and in terms of population), they will need to decide whether to orient more toward RussChina to their east, or toward CanAmerica across the Atlantic Ocean. If they choose the latter, then, for logistical reasons (across that ocean), they will be choosing to fade away into insignificance, no matter how near the North Pole the given European nation might happen to be. They have made the wrong choice, thus far. Probably, they will come to recognize this, during the coming winter. If they won’t, they will be dooming themselves, because both Russia and China will be making important decisions before next spring. Right now, Europe’s leaders have made clear that they are enemies of both Russia and China. More and more Europeans will be wanting to associate themselves eastward, instead of westward, but the available time-window for making that reorientation might end in less than a year, especially if Europe’s existing leaders won’t quickly be replaced by ones who reverse their nation’s hostile policies against Russia and China. Perhaps that reversal can’t be done, and non-Russian Europe already is simply doomed. We’ll know by next spring. And, long-term, what will be true regarding Europe here will be even more true regarding Japan, which would then be dependent upon, and allied with, Asia’s enemy, thousands of miles away, and increasingly isolated from Asia, while Japan’s mutually profitable trade with China will atrophy as more and more Japanese manufacturing relocates to China, leaving Japan as a mere slave-hulk to the declining CanAmerican regime, across the Pacific Ocean.

Actually this is complete BS… The greatest technologic developments and scientific progress came from the countries that were free, could move free around the world and had no constraints from governments. Their progress slowed down once a bunch of charlatan bankers bought the corrupt politicians and installed cretins who do not care about their countries in power.These idiots de industrialized their countries have destroyed the educational and family culture from within and we are where we are today. Should those idiots been hung at the first signs of their plan the situation would have been different. Today absolutely no politician… Read more »

What does the word “this” mean in your assertion that “this is complete BS”?

No empire anywhere on our planet has lasted forever. And the same ‘rule’ applies to the US. And in some very, very distant future China or Russia will make room for another ’empire’. 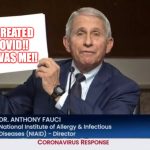 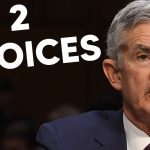