Although I have used a few exceptionally good news-videos, such as this, as linked-to sources in some of my articles, I don’t generally recommend videos as being credible as news-sources; and here is why:

The following is a news-video by Simon Whistler as “Warographics” titled “2014 Ukraine Crisis: The Real Beginning of the War with Russia” and which was posted on 24 May 2022 and now has (as-of 2 December 2022) 523,000 views and 2,274 viewer-comments, almost all of which are highly enthusiastic about it:

Read some of the reader-comments there and you will see that this is a very favorably received news-video, and its audience think that they learned a lot about its topic by seeing this 25-minute video on that topic.

Here is a 2,228-word article, dated 19 April 2022, I wrote, that could have the same title but which I instead titled “History of the Ukrainian War”.

It has 35 links to its sources, so that a reader who doubts an allegation in it or wants to know more about the given allegation, can easily access the source and see it and judge it on one’s own.

Simon Whistler’s video — since it IS a video — provides no access to its sources; and, so, only gullible people will spend 25 minutes to watch it — and 523,000 of them did (and they liked it).

To consider the credibility of the written article as compared with the video: notice the stark contrast between Whistler’s video starting at 6:00 where he pretends that Yanukovych rejected the EU’s proposed agreement with Ukraine because Yanukovych was pro-Russia instead of his being opposed to Ukraine’s becoming robbed of $160B; and, so, (according to Whistler) Yanukovych’s rejection of it sparked Ukraine’s “democratic revolution”; versus what is written and documented (via the links) in the online live-linked article (which is exactly the opposite of that), portraying Yanukovych doing what he ought to have done, and portraying his overthrow at the Maidan, to have been a brutal and bloody U.S. coup which ended Ukraine’s democracy instead of being any democratic revolution that started democracy in Ukraine.

The reason why — despite narrated videos generally being untrustworthy sources — I do occasionally link to narrated videos as sources, is that I have personally scrutinized the source-videos (such as this) that are within that particular narrated compendium-video, and found all of the allegations and segments in the compendium-video to be authentic, just as the narrator had said.

Despite the general deceptiveness of news-videos (most of which are narrated compendium-videos), they obtain about a thousand times as large an audience as do any (even the best) online — with live-linked-to-sources — articles on the same topics. Most people find the videos to be far more entertaining, and they seek entertainment more than truthful understanding; and, therefore, news-videos come out commercially far, far, ahead, and therefore (since most people seek entertainment more than truth) far more people believe lies than seek (much less believe) truths. This is one of the reasons why voters tend to be deceived, and democracies tend to collapse. Such publics can’t sustain a democracy, because billionaires can easily deceive the public in such a country (one where entertainment is sought and truth is not).

Narrated news-videos generally are extremely sloppy in their allegations and very deceiving in their viewpoints, but, there are a few exceptions that I have found — and I have linked to them in my articles (and in my latest book).

That’s the “Simon Whistler” that his boss described as a moronic coke-fiend, whose one redeeming trait is an accent that sounds posh to degenerate Yankees. Not his exact words, but that’s the gist.

The historically illiterate masses would rather be fed a steady diet of bread and circuses. No surprise there. Same as its been for centuries.

He starts out by repeating the lie that Ukraine gave up its nuclear weapons. After independence, there were lots of soviet nukes there under Russian control. They were gradually removed, but never under the control of Ukraine. The USA demanded that Ukraine not get nukes. 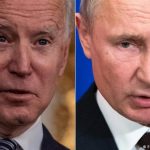 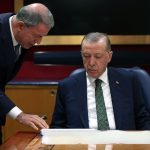