Unless you have been living on another planet, you probably realise the world is in deep trouble, the United States in particular is facing the possibility or even the likelihood of massive inflation due to the lunatic policies of the illegitimate Biden Administration. One tactic mooted as a solution to our current woes or to avert the coming financial collapse is negative interest rates. Pundits like Dan Bongino have implied there is something sinister behind this, as well there might be, but some countries are already operating negative interest rates, the Netherlands, for example. So should we at  least consider them?

The short answer is no, what is needed is to understand banking, and to amend our banking practices accordingly. The conventional wisdom is that people and institutions deposit their money in the bank, the bank then lends out this money at interest, and makes a profit, basically the difference between the interest (if any) it pays to its depositors and what it charges its creditors. This sounds plausible, but is wrong. Banks do NOT lend the money of their customers, emphatically not so.

As the great Major Douglas pointed out a hundred years ago,  rather than lend money, banks create credit. The Douglas Money Equation is a simple mathematical proof, but here is a fuller explanation by a modern disciple and based on his original text (after note 2). Here is the video version.

Leaving aside currency exchange and the like, a bank has two and only two bona fide functions: the strongroom function and the bookkeeping function. People deposit their money in the bank because it is a lot safer than keeping it under the mattress. They also pay money to other people and receive money from other people; until the rise of the debit card, this was done largely by cheques. In short, the bank is providing services, and customers should pay for these services – for holding their money safe, and for the bookkeeping function. Yes, we should pay the banks, but, and this is an enormous but, banks should no longer have the power to create money out of thin air. How should these reforms be implemented? Ask your local imam, banking without interest is a real thing, and unlike our current financial system, is halal rather than haram.

All the trouble in the article above can be solved in DIGITAL CURRENCY. About The United States – America is a factory of fake money. Biden and his trillions go to American multinationals. Digital currency. If you buy a drink in Saint Petersburg, the KREMLIN knows immediately. 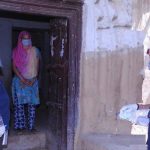 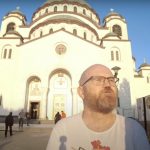