The DNC decided not to try a fourth time. The Clerk sent them a package on the next day, to file an Appeal, but the DNC simply quit.

Judge Koeltl had been appointed on 26 April 1994 by U.S. President Bill Clinton.

The case was “Democratic National Committee v. The Russian Federation et al., 18-cv-03501(JGK)”. That “et al.” constituted (in addition to “THE RUSSIAN FEDERATION):

However, during all of the many months and years following after 30 July 2019, in which that matter had actually already been legally settled, America’s ‘news’-media continued with ‘news’-reports and commentaries, and Special Counsel investigations, about the ‘question’ of whether candidate Trump had colluded with Russia’s Government in order to win the White House in 2016. That was political theater pretending to be news-investigation and analysis, but keeping hidden the top evidence: that Court’s ruling, and the DNC’s final decision not to appeal the ruling.

It was like “Saddam’s WMD” in 2002 through to the end of G.W. Bush’s Presidency in 2008: lies after lies after lies, obfuscations and propaganda all the while, and the key evidences and facts being hidden from — instead of reported and emphasized to — the public, so as to continue the manipulation of the highly gullible American public and consequent control of their public by America’s billionaires who own the ‘news’-media, and own the ‘defense’-contractors, which profit off of the resulting global-imperial U.S. constant-warfare, boosting their MIC-dominated and deception-oriented mega-corporations, which are controlled by those same billionaires, who hire and fire their employees and other agents in order to continue their exploitation of not only America’s, but the entire world’s, public.

This is how the one country that spends around half of all of the world’s ‘defense’-expenditures manages to serve its billionaires so well: it serves the public to them, on their golden platter of hired lies and constantly trusting masses, who never lose faith in them, no matter how many times they’ve been deceived by them before. 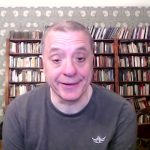 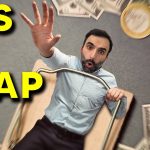