Scientific empirical studies have uniformly proven that the U.S. Government is not a democracy (not a one-person-one-vote operation, nor anything even approximating that) but is instead an aristocracy (a one-dollar-one-vote Government). The U.S. Government represents actually not persons, but instead wealth. Voters go to the polls deceived by propaganda permeating the media, and voters register there their choices that were shaped by the media that are owned either by Democratic Party billionaires, or else by Republican Party billionaires; but, in either case, by billionaires; and, so, American politics is a game that is won by one group of super-rich individuals, against another group of super-rich individuals; and, as the first of these scientific studies found: “The preferences of the average American appear [on the basis of our data] to have only a minuscule, near zero, statistically non-significant, impact upon public policy [the passage, or not, of a law in Congress].” (The source is linked-to in the article that is linked-to there.)

This does not mean that all media in America always lie, but that virtually all American media represent what its controlling owner — an extremely wealthy person — wants the public to believe. In the United States, all extremely wealthy individuals want the public to believe neoconservatism (i.e., that in order for America to win or succeed internationally, other nations, which we call “competitors” or even outright “enemies,” must lose or fail, and so “patriotism” means fighting for “us” to conquer — beat, achieve control over — “them”), and also neoliberalism (i.e., the belief that in domestic matters, the free market, capitalism, is 100% correct; and regulation of firms by the Government — or “socialism” — is 100% wrong). All American billionaires promote neoconservatism (they promote zero-sum games, and denigrate positive-sum games, which are “socialistic”), but whereas all Republican billionaires promote neoliberalism, some Democratic billionaires promote economic regulations that they think will advance their own interests; and, so, some Democratic billionaires are not absolutists for neoliberalism.

Many billionaires are bipartisan — they pick and choose on a candidate-by-candidate basis, depending upon the benefits to be derived from each. But both of the political Parties are serving ONLY billionaires and their many hired lobbyists and other agents.

A recent editorial in the Washington Post (which is owned by the bipartisan centi-billionaire Jeff Bezos) was headlined “A $1.6 billion donation lays bare a broken campaign finance system”, and reported that

One man has donated $1.6 billion to a nonprofit group controlled by a conservative activist who has crusaded, with startling success, to transform the country’s politics. The only reason the public knows about it? An insider tip-off to the New York Times. … Adding insult to injury, donors can also use these nonprofits to reduce taxes — in this instance, to the tune of somewhere around $400 million. … As a result, dutiful everyday taxpayers essentially finance the extravagant expenditures of the privileged few, who use their know-how to avoid their obligations and twist the political landscape. … Mr. Leo defended his gambit by saying it is “high time for the conservative movement to be among the ranks of George Soros, Hansjörg Wyss, Arabella Advisors and other left-wing philanthropists, going toe-to-toe in the fight to defend our constitution and its ideals.” Really, it’s not toe-to-toe but billions-to-billions — and neither side should be proud of that.

America’s billionaires really do choose America’s Presidents, and they do it first by making sure that any Presidential candidate that they reject within a Party won’t be able to win its nomination, and, then, whichever of the Parties’ nominees becomes elected by the public will represent only billionaires and NOT the public. Similarly, winners in Congress are chosen ONLY by the billionaires, NOT, actually, by the public. In fact, the corruption is so complete in America that there even is a scientific study which found that overwhelmingly within state legislatures, the legislators care little, if at all, about what the voters in their district want. The corruption in America permeates throughout, and this means that, throughout, the aristocracy control, and the public don’t, at all. Each Party’s mass is effectively controlled by its billionaires. They ARE the U.S. regime’s “Deep State.” (For examples: the President, Congress, CIA, U.S. military, etc., are their agents — not the American people’s agents. They all represent the aristocracy, not the public. It’s a one-dollar-one-vote Government. That explains the U.S. Government, in reality, not the myth.)

America happens to be a two-party dictatorship, and an important component of the mass-deception is that “democracy” means multi-Party rule, whereas “dictatorship” means one-Party rule. In reality, however, America is rule by the aristocracy, against the public (which it controls). The Parties are mere fronts, for the billionaires.

Any political ‘scientist’ who calls America a “democracy” is either corrupt or idiotic. But America’s billionaires need them, in order to be able to call their “enemy” nations “dictatorships” or “authoritarian regimes” (e.g.: Russia, China, etc., are ‘authoritarian’ ‘regimes’, etc.) such as America itself actually is, because of them — because they actually do rule here. The con is total, and might therefore be appropriately referred-to as being “totalitarian,” in that sense.

These asshole billionaires must really hate the fact there all gonna die..bahaha.. 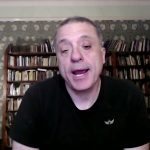