…I am less concerned with Antifa’s role in the protests as its role in the growing anti-free speech movement in the United States.

Below is my column in the Hill newspaper on yesterday’s hearing in the Senate, which ended abruptly with Sen. Hirono walking out after a confrontation with Sen. Cruz over his objection that the Democrats were avoiding direct criticism of Antifa.

In roughly 50 hearings as a witness in Congress, that was a first for me. I have been in a hearing with a lock down but I have never been in hearing with a walk out. I was not sure if I was expected to turn off the lights after both senators left.

The dramatic ending of the hearing however quickly supplanted the underlying issue. As I stated in my testimony, I am less concerned with Antifa’s role in the protests as its role in the growing anti-free speech movement in the United States.

In roughly 50 hearings as a witness in Congress, that was a first for me. I have been in a hearing with a lock down but I have never been in hearing with a walk out. I was not sure if I was expected to turn off the lights after both senators left.

The dramatic ending of the hearing however quickly supplanted the underlying issue. As I stated in my testimony, I am less concerned with Antifa’s role in the protests as its role in the growing anti-free speech movement in the United States.

Here is the column:

If you read the coverage online or watch the cable networks, the extremist movement known as Antifa is either the new Al Qaeda or the new Big Foot. President Trump wants to have Antifa classified as a terrorist organization, while various Democrats insist it is simply a conservative phantom. House Judiciary Committee Chairman Jerrold Nadler even insisted that violence by Antifa is a myth and called the accounts imaginary.

While I oppose designating Antifa as a terrorist organization, its existence is certainly not a myth. Indeed, it may be the most successful movement against free speech in modern history. However, its structure and tactics avoid easy detection, which is why so many people claim the group is an apparition. It is true that whenever such spontaneous and concentrated violence erupts, many people tend to believe it is Antifa.

Antifa is often the culprit on university campuses. In the film “The Usual Suspects,” the character Virgil described the invisible villain Keyser Söze. He is “the greatest trick the devil ever pulled was convincing the world he did not exist.” Antifa does exist and the last few weeks demonstrate how skilled it is as the Keyser Söze of social unrest in America.

Antifa was founded on a rejection of formal structures and leaders. Many associated groups are part of Anti-Racist Action and a loose coordinating organization known as the Torch Network. This lack of structure not only appeals to the anarchist elements for the movement but serves to evade both law enforcement and legal challenges. The threat of Antifa is not its role in civil unrest but its activities attacking free speech.

Both far left and far right groups have been identified in riots in various cities. These extremist groups use social media and the internet to sow disorder, hide their identities, and frame other groups for their activities. Notably in the last week, Richmond police identified both Antifa and the Boogaloo Boys in violent protests in that city. It is part of what Attorney General William Barr refers to as the “witches brew of violent groups on both sides” such as Antifa and some other similar groups.

Antifa members have been arrested and involved in violence in the cities. The president of the Portland National Association for the Advancement of Colored People wrote in the Washington Post to denounce the “white spectacle” of the recent violence. He asked, “What are antifa and other leftist agitators achieving for the cause of black equality?”

The answer is that Antifa is not an ally to Black Lives Matter. It is all about revolutionary change and using demonstrations to trigger greater social unrest. It follows the same purpose mistakenly spoken by former Chicago Mayor Richard Daley following those riots during the Democratic National Convention in 1968, “The police are not here to create disorder. They are here to preserve disorder.” Antifa causes such violence.

Antifa has found allies while the movement has grown. It primarily targets conservatives and the free speech community, so it has not been a major concern of liberals. Former Democratic National Committee deputy chair Keith Ellison, now the Minnesota attorney general, once said antifa would “strike fear in the heart” of Trump. This was after Antifa had been involved in numerous acts of violence and its website was banned in Germany. His own son, Minneapolis City Council member Jeremiah Ellison, declared his allegiance to Antifa in the heat of the protests this summer.

That fact is that Antifa works to strike fear not in the heart of Trump but in the heart of anyone who will oppose the movement. The Antifa handbook states how the group has rejected the idea of free speech and has spent years organizing protests to prevent opposing views from getting heard. That practice has been adopted by other groups as well. Antifa violence can give colleges or politicians cover for barring conservative speakers. Nancy Pelosi has called for the revocation of a permit for a conservative prayer group viewed as a security matter in San Francisco.

George Washington University student Jason Charter has been charged as the alleged “ringleader” of efforts to take down statues across the capital. Charter has been an active Antifa member on campus for years. Following his arrest, he claimed the “movement is winning.” It is winning partly since local officials order police to stand down or drop criminal charges to avoid conflict. But it is winning mostly since people remain silent.

Antifa will do a great deal of damage if allowed.

That is why, for academics and writers, Antifa’s presence is menacing, not mythological. As Virgil explained, Keyser Söze became the “spook story that criminals tell their kids at night.” Some politicians want to portray Antifa as a spook story that Republicans tell their kids at night. However, it is no illusion for those who have been the targets of Antifa and related groups.

Antifa has achieved the agenda against free speech to a degree that even critics like me never imagined possible. It simply took inaction from our government and silence from our citizens. Threats against free speech are reaching a critical mass in our schools and on our streets. We can either take action or remain passive bystanders to what inevitably comes next.

ANTIFA — Modern Minute Men for a state of the art Revolution

When the 51% most wealthy always vote to enslave the laboring-class lower-half by poverty, when such a crime against humanity will surely erupt into a bloody class war, why fault Antifa for giving us fair warning?

And so, all you need do to join our cause is stop enriching yourself upon the misery of those with less education, the root cause of all wealth extraction.

It’s more about urban poor verses Country poor and the good news for the country folk is they know how to use guns and will eventually just eliminate the urban problem. Violence ends up being the best trained and best armed win. And most of the military comes from the Country poor and they own the most guns and most ammo. It isn’t about rich and poor – It’s about moral standards that are different between urban and rural people and to be honest if the urban people try to force their beliefs on us country folk we are simple… Read more »

Be it violent combat or imperialism capitalism, those who rationalize a problem the fastest, take corrective action the soonest and spend not a moment reflecting on morality, they always win, which is why they are the 25% most wealthy and hoard 75% of the wealth.
On the other hand, in order to survive, my laboring-class must slowly and carefully hit the nail on the head, avoid pinch points and sheer points, and take great care not to offend men of your educated middle-class.

Antifa is a short lived joke, not even attaining urban legend. Ask any one of the “leaders” about any topic on foreign relations, trade, etc and its deer in the headlights. Ask what there end goal “manifesto” is and you’ll get incoherent ramblings and soy boy shouting which leads to them having male periods and that’s about it. Pretty gross group if you ask me.

We live in a two-class dictatorship, for wealth is the source of all power, wealth is the excess property we hoard above what is needed for a comfortable life, and this means that the 50% working-poor are powerless and enslaved by the upper-half of society.
And so, as the more wealth a person owns, all the more do they desire to be rich, the only possible solution is for everyone to desire only enough for a comfortable life, which will cause all wealth to be donated toward a worthy cause.

And so, whatever we want to do with government, if we are little more than 5%, all of such a monopoly on the deadly force of government is ours to control. 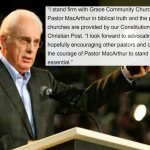 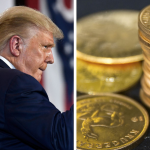