Even Russia acknowledges that any conventional war between the U.S. and Russia would destroy Russia but not destroy the U.S. Consequently, for Russia, any such war will not be waged. Only idiots would choose to engage in a war that they are certain to lose, and which would utterly destroy themselves. This means that if the U.S. strikes Russia by a conventional (i.e., non-nuclear) invasion, then Russia has only two options: (1) to respond with conventional weapons and assuredly be destroyed while achieving nothing; or, else (2) promptly release at least enough of its 6,255 nuclear warheads so as to maximally weaken the U.S.A.-and-allied retaliatory capability so as to be able then to go into a “Round Two” nuclear attack against the U.S.-and-allied side by having a much stronger military position than all of its many enemies (America and its allies) do.

That second option would leave BOTH SIDES, and (because of the then-inevitable nuclear winter) actually the entire planet, either doomed or else being close to being so. However, the U.S. and its many allies would be in far worse condition than Russia would be (because they’d have been greatly weakened by Russia’s nuclear first-strike); and then, MAYBE, Russians could survive that war by having lives that might be worth living.

The second option, for Russia, would be enormously less horrible than the first option; and here is why:

First of all: Russia would still retain its sovereign independence, not become a slave-nation (which the survivors in any U.S.-and-allied nation would then be: slaves, then, to Russia).

Secondly: Russia wouldn’t need to worry any longer whether the U.S.-and-allied side would be the first to go nuclear. Instead, the war would be over.

This is the reason why, ever since at least 2006, the U.S. has been planning and building its war against Russia for the U.S. side to be the first to go nuclear. (That plan is called “Nuclear Primacy,” and it replaces the previous system, which still continued on in Russia, and which was called “M.A.D” for “Mutually Assured Destruction.”)

Consequently: any idea that Russia would likely respond to a non-nuclear invasion of Russia without promptly going nuclear against the invading powers is stupid. Russia now knows how voracious America’s rulers (America’s billionaires) are. Ever since 24 February 1990, the U.S. had been secretly informing its allies that though the Soviet Union would soon end, and Soviet communism would soon end, and the Soviets’ Warsaw-Pact that they had built up in response to America’s NATO military alliance would also soon end, the U.S. side of the Cold War was to be secretly continued against Russia, until Russia itself becomes conquered and swallowed-up by the U.S. side, and the U.S. thereby becomes the unchallengeable dictator over the entire world.

Russia’s recent demand that all U.S.-and-allied weaponry that is less than a ten-minute flying-distance from Moscow be removed, and that NATO expansion be permanently halted, is a desperate attempt by Russia to avoid becoming yet-another slave-country to the U.S. regime. Russia doesn’t have good options. But, given the insatiably voracious appetite for expanding yet further America’s power that America’s rulers have, neither does any other country. And even Russia’s enormous nuclear force can’t protect Russians against so evil an enemy. But, perhaps, Russia’s nuclear force will be able to prevent Russians from becoming slaves to the U.S. regime. And that would be something worthy of achieving.

This entire matter was brought to a head because Barack Obama perpetrated in 2014 a coup-takeover of Ukraine, which has the longest European border with Russia. He had planned to seize Russia’s largest naval base, which was (and remained) on Crimea, but Russia was able to block that part of Obama’s plan. (Obama’s team had started by no later than 23 June 2011 to plan that coup.)

In 2015 Gen. Milley reported in front of Congress that in a conventional war with Russia at its borders, Russia would win the war. To paraphrase Smedley Butler, He was the muscle for the biggest gang in the world – The US government. The US government is a tool of the Oligarchs. Wars are fought for money. God, Country and Mom’s apple pie is propaganda. There will be no nuclear war with Russia. Why? Because there is no profit in it. The part of war everyone forgets is that it is messy and bloody and needs to be constantly fed… Read more »

What a weird article. Is Mr Zueiss suggesting that the US and NATO would defeat the Russian armed forces if a war with conventional weapons broke out on Russia’s border? I don’t think so and I suspect there are many others who also doubt America’s army ability to defeat Russian armies fighting is say the Don Steppe.

That’s not what I said. I said that a U.S.-and-allied invasion of Russia would promptly be responded to by a first-strike Russian nuclear attack against all first-strike targets in U.S.-and-allied countries so as to reduce or eliminate those enemies’ defenses and retaliatory capabilities against Russia’s second strike soon after that first strike; and, so, WW III would be over within less than two hours. In short: any U.S.-and-allied invasion of Russia would promptly bring WW III and decimation of all U.S.-and-allied countries. Shorter yet: the Rhodesists’ dream is unrealistic. This article is not about a Russian war beyond its own… Read more »

I don-t mind being barbecude if the nuke war results in the US looking like a dust cloud. BTW. take that other scab Israel to Val Ala at the same time. 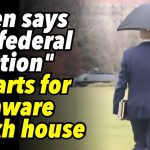 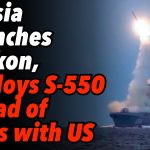