Back in May, I told a friend about the notion that COVID-19 and its parent virus originated in a lab in Wuhan that was funded and whose development was advocated and directed by Dr. Anthony Fauci. My friend could not and would not believe this.

Now, we have this story below. Featured is Jaime Metzl, an advisory committee member of the World Health Organization.

The WHO. Not the rock band.

This video is just newly released on YouTube, which is interesting as the provider has been working with other Big Tech companies like Facebook to “scrub” any such reference from their site. (Because of such censorship, I already downloaded and archived this video for possible reposting if YT scrubs this.)

However, this is a pretty significant acknowledgement that the Wuhan Institute of Virology is the origin of SARS-CoV-2, probably as lab techs working with the virus contracted it and then went out into the public.

Again, one has to look at something beyond this story. The fact that Americans tend to believe what the media tells them to believe is frightening. My friend didn’t believe this idea because my friend’s news sources were themselves bent on making sure it was “known and accepted” that COVID-19 came from nature: from a bat to perhaps a pangolin, to human.

It did not matter than no such transmission chain was found at the time of the claim, nor has it been found since.

To be sure, this present narrative may STILL be untrue, and it is entirely possible that the news media is just pivoting the narrative for its own purposes. However, CNN, Fox and the other big networks presently have a major case of egg-on-the-face about this, and hundreds of millions of people are paying attention (hopefully critically) to the evolving story.

One of the conspiracy theories associated with the COVID-19 pandemic is that it is a test – a test on how lemming-like, society has become, and the goal is to determine when and how the people of the world may be best controlled by elite globalist interests. The notion that Bill Gates and others are using this and the consequent vaccine to effect population reduction and other nefarious schemes still seems too far removed from reality even for myself.

But the key question is this: “Are we going to think about the news we read and hear, critically, testing it against truth to see if it is real? Or, are we just going to blindly accept whatever the media says to us?”

It would seem that this test is very real.

More importantly, WHO is the origin of the hoax.

Helga I. Fellay
Reply to  mxanti

WHO was paid off handsomely by those who came up with the hoax.

Just like the door handle diversion, the lab leak may be a deliberate focussing of sheeple away from the real culprits/scenarios?

Glad you mentioned the door handle diversion. You’d have to be pretty studpid to believe that the sample taken by the TAV team was sterile 18 days after it was applied. There was no chain of custody data, leading to the obvious conclusion the sample was tampered with. Of course, another reason why it had to be sterile, is that you can identify the source (country) from the contaminants.

judging by the number of people wearing masks as the purpose to test how the people respond to orders blindly without thinking, I am troubled to admit that it has been successful. Perhaps the trick has been to keep pumping fear into the people.

The real number of sheeple may be fewer than appears. I wear a mask when I enter the supermarket because I don’t want to starve. It doesn’t mean that I want to, or that I believe the f-ing face diaper does anyone any good, it only makes people sick. The real sheeple are the ones who wear them when driving alone in the car with the windows rolled up, or walking or jogging all by themselves on a lonely path wearing the mask.

Carol
Reply to  Helga I. Fellay

That reminds of a rather amusing story my other half told me. He decided to go for a walk to the nearby village, through the woods and along the old railway track (removed in the 1960s). He passed a number of dog walkers and cyclists until he approached an old dear who started shouting at him and telling him to move over because he wasn’t two meters away. This is an old railway track with people walking and cycling on opposite sides as they pass. Anyway, my other half ignored her and carried on and as they passed she threw… Read more »

Yes, it most certainly coming from a lab. Questions are 1.was it deliberately released or accidental. 2 Which lab did it come from. Fort Detrick seems to be invisible, why? We also know the U. S. has hundreds of these labs all over the World. Yet all this is invisible to the MSM.

Made in N Carolina, distributed to who Han with military games.

Fort Dettrick, Maryland is the origin point of the currrent corona ‘epidemic’. While Fauci no doubt funded gain of function research at Wuhan, the deliberate release came via Fort Dettrick. That would explain the dozens of resperatory deaths in the Mid east blamed on ‘vaping’ during 2019 (I remember reading about these) and explain the transmission route via the seppo squad sent to the Wuhan Military Fair from a military base 20 miles from the Fort Dettrick Lab. Their hotel was only 2 blocks from the ‘wet’ market, the majority of the team became ill with a mystery ‘illness’ and… Read more » 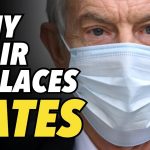 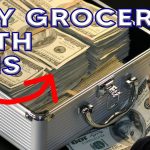