Unidentified gunmen targeted a Turkish military vehicle while it was participating in the joint Russian-Turkish military patrol Monday morning in Idlib countryside on (Aleppo-Latakia) highway.

Private field sources reported that the Turkish vehicle was hit by an “R.P.G” shell shortly after it left “Tarnaba” village in Idlib countryside, damaging it completely and wounding slightly a Turkish soldier inside it.

After completing the patrol, the sources indicated that the Turkish forces worked to carry out an inspection campaign within the vicinity of the targeting site, during which a missile launch base was found within close range of the patrol’s passage track.

After the base was discovered, one of the Turkish drones rushed to fly over it and immediately bombed it, which led to its complete destruction and concealment of all its features, while the Russian-Turkish joint patrol completed its way towards the town of “Tarnaba” in Idlib countryside, without any other incidents mentioned.

No one has claimed responsibility for the implementation of the operation, but the suspicion  immediately turned towards the armed organizations, mostly the “Guardians of Religion” organization, which had previously publicly declared its rejection of the Russian-Turkish agreement to reopen the international highway (Aleppo-Latakia) known as “M4 “.

One military analyst pointed out that this speed of the Turkish forces in terms of striking the missile base and completely destroying it, raises more than one question about the incident, expressing his surprise at the destruction of the base and completely erasing its features instead of searching and conducting an extensive investigation that would lead to reach the exact identity of the perpetrators.

It should be noted that the new joint patrol is the first of its kind to go backwards from the countryside of “Jisr Al-Shughour” towards “Tarnaba”, as all previous patrols used to walk on the road in reverse from “Tarnaba” to “Jisr Al-Shughour”, specifically towards the village “Ain Hor”.

What does “…striking the missile base and completely destroying it…” entail? Behind a bush from where the missile was fired, the local village or a random goat wandering the scrub? 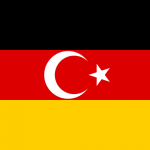 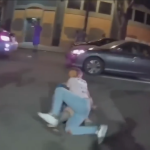