It was approaching 2am and I was about to turn off my computer – early for me. Then I heard a sound, looked out the window, and saw the last second or so of a car overturning right outside my house. I picked up the phone, dialed 999 asking for the police and an ambulance then went down to the street to help. I may have been the first to make that emergency call, but I wasn’t the first on the scene. The ambulance never came but eventually the police did, then the fire brigade.

The car was a big one, like big, and the driver was trapped inside. Soon, there was a crowd of us, the driver appeared to be unhurt but she was trapped by her seat belt. When we managed to extract her, one foot was bare while on the other she was wearing a surgical boot, which appears to have also trapped her. Getting her out of the car wasn’t easy. I suggested we turn it over but others rejected that idea saying it was too heavy. I doubted it as there were at least six or seven of us, and once we got it rocking we could turn it, but we didn’t have time because the car caught fire.

I picked up a heavy object that had been dumped outside my front gate, apparently by my downstairs neighbour, a black guy produced a small hammer and he too began hacking at the window, but the hero of the hour was a young white guy who cut his hand quite badly, though I don’t think he needed medical attention, it was worse than my cut finger at any rate. The glass in the window was fortified so didn’t smash like an ordinary house window would have, but held together. Then the fire flared up, and I thought we were in real trouble, but we managed to extract her, three or four of us dragging her away. She must have hit her head or something because she was clearly disoriented saying this was a new car and she couldn’t leave it. We had to hold her back. Then the fire brigade arrived and put out the fire, but I don’t think it would have exploded anyway. There wasn’t much left of the car in any case; some time later a truck came along and took it away, then all that remained and still does is a small pile of debris in the gutter outside my house.

When I spoke to a police officer he said the only way the car could have turned over was if it was being driven too fast. I wondered how fast it could have been driven owing to the curve in the road further up.

When I went back into the house I e-mailed the local press outlets but received only out of office auto-responses.

Shortly, there were reports on three local websites including those run by two newspapers. They said only that “Police and London Ambulance Service crews were called to the scene.” What ambulance was that?

“Officers say a car was found on fire and crashed on its side.

The driver of the car, a woman, managed to get out of the vehicle with a head injury.

She was treated at the scene before being taken to hospital.

She was later arrested on suspicion of failing to provide a specimen for a drink-drive procedure.

A spokesperson for Metropolitan Police said: ‘Police were called to Venner Road, Sydenham, shortly before 2am on Saturday, 19 November by London Ambulance Service (LAS) to reports of a road traffic collision.

Officers attended. A car was found crashed on its side and on fire.

The female driver had managed to get out of the vehicle, but had a head injury.

She was treated at the scene before being taken to hospital.

She has been arrested on suspicion of f ailing to provide a specimen for a drink drive procedure.’”

On seeing that, I messaged the local press through Facebook:

“Re your report on the accident in Venner Road, you make no mention of what happened before the police and fire brigade arrived. The scene was like something out of a James Bond film. The crash was outside my house. I was not quite ready for bed and immediately dialed 999 then went down to help. There was a big group of us and but for one gent in particular the driver would very likely have been killed. The car was on its side and she was stuck. She was wearing a surgical boot which along with her seatbelt was trapping her. Then the car caught fire. We had to smash the window, something that was achieved with only great difficulty, and drag her out. Then the fire really took root and we thought it was going to explode. The woman was clearly disoriented as afterwards she kept trying to go back to the car and we had to restrain her. She lives in Venner Road.”

(The car was upside down, not on its side).

The response was: “Hi Alexander, thanks for getting in touch. The incident is awful, thanks for shedding light on what happened before – are you happy with us using your quotes above for a story? Do you have any images of the incident that we could use for the News Shopper too? No probs if not. Thanks again!”

I replied but heard nothing further. I thought it was typical of the journalist who responded to ask me to do his job for him by supplying photos. Some people were indeed filming especially the flaming car on their phones, but curiously none appear to have uploaded any to social media; there has been not a whisper on local websites.

What is also typical of journalists is the laziness and willful failure to recognise a genuine news story. I couldn’t help thinking this one had a  feel good factor to it.

The young white guy who cut his hand looked rough, not the sort I or certainly your average housewife would invite in for coffee, but it shows how wrong you can be. Accidental Hero! But there was more than that, people who didn’t know each other came together to help a woman they didn’t know, who would surely have died without their help.

The local news has now been overtaken by a far more tragic story. Two 16 year old boys – one black, one white – were stabbed to death in separate incidents, apparently by the same perpetrators. And the really big story of course is of some imbecilic woman playing the victim because a member of the Royal household asked her reasonably where she came from.

That was well done, Al. Respect! 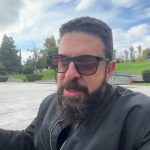 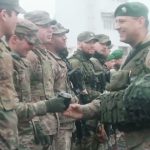