The fall of champion cyclist Lance Armstrong is particularly sad because at the age of 25 he was diagnosed with a serious form of cancer and was given a very negative prognosis. The cancer metastasised to his brain but miraculous chemotherapy saved his life. When he returned to cycling he was stronger than ever, but his return was blighted by allegations that he had used performance-enhancing drugs.

One might have thought he would have been cut some slack in view of how close he had come to death, but there was a lot more to this, including many co-conspirators, the forging of documents, and worse. Armstrong would eventually sit down with Oprah Winfrey and confess his “sins” to the world.  He won seven Tour De France titles between 1999 and 2005. He was stripped of all of them. These titles have not been awarded to anyone else, and remain vacant.

Lance Armstrong managed to avoid prison, but the latest champion sportsman to fall from grace hasn’t.  On April 29 this year, Boris Becker was given a two and a half year sentence at Southwark Crown Court, London for tax evasion. For older people, especially those who follow tennis, this will have come as a shock. In 1985, Becker became the youngest man to win the Wimbledon Men’s Singles. Man? He was still a boy, just seventeen. The following year he defended the title successfully and ended his career in June 1999 with a total of six Grand Slam titles including three Wimbledons, 49 titles in all, and over $25 million in prize money, a lot less than Mike Tyson, admittedly, but how on Earth could he go bankrupt?

It may be that gambling had something to do with it. In 2016, Becker was recruited by a major poker website as one of its ambassadors, but he was a regular player before that. He has live tournament winnings of $111,416 with a best live cash of $40,855, but such figures can be misleading in that they show only winnings not entry fees. Becker hasn’t cashed since 2016. In 2017, he entered a tournament with a $111,111 buy-in, but failed to make the prize money. He has also played high stakes cash games including €100/€200 no limit hold ’em. Gambling might not have been his total downfall but it appears to have contributed to it along with an expensive first divorce, child maintenance payments, and what can only be described as a lavish lifestyle. Becker was actually declared bankrupt in June 2017 over an unpaid loan of nearly £4 million on an estate in Spain, which begs the question why does a man as wealthy as he was need to borrow money, or to buy an estate in Spain, for that matter? But it doesn’t stop there, according to the BBC, he owed creditors almost 50 (fifty) million pounds!  In 2018, Becker denied this in an interview with Andrew Marr, but he also said he had paid off all his debts.

As far back as 2002, he was fined €300,000 by a German court; he was also given a suspended sentence. His sentencing on Friday came after a two week trial in which he was found guilty of hiding his assets from the taxman. Becker’s QC told the court he owns “literally nothing”, which begs the question how could he afford a QC, at which hotel was he staying during the trial, and how does a man who owns literally nothing dress so well?

It remains to be seen which of the above five former greats is the most undeserving of misfortune, but there is absolutely no doubt about who is the most odious.

These two articles are completely useless, simply regurgitating well known “facts” or “myths”. There is no point in publishing such garbage. I don’t know why the duran allows itself to be used by these authors.

Nobody cares what you know much less what you think.

How kind of you to say so! If you don’t care about your readers’ opinions, why do you write at all?

Would you have cared if I had praised you? If the answer is yes, then you do care about my opinion. The fact that you replied to it shows that you care, and care a lot. 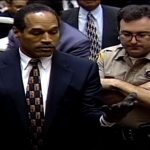