Obama – er, Biden – pushed hard for the removal of Syria’s Assad and engineered US destabilization of Syria partly at the behest of Israel in 2011 and 2014 , in part to allow Israel free reign to annex the Jordan Valley and West Bank, in tandem with Israel’s long-standing annexation of the Golan.  Yes, the Israeli Nile-to-Euphrates agenda is alive and quite well, not just among Israel’s 3rd templars, but within Biden’s proto-expansionist regime in the DC wings, too.  Now, what’s that again about Russia Russia? Biden’s Russia, Russia? There’s just one problem for the Axis of Evil’s plan going forward: Russia’s continued opposition to the US plan in Syria.

Russia likely anticipated the complete destabilization of the Middle East by the US and its Israeli ally by design in 2014, where Takfiri malign infestation of the region not only threatened Europe, but Russia too, with a further militarist threat to Iran and West Asia. Russia stands in the way of that Imperial agenda, and that’s a big deal for Washington’s elite donor class. Russia also provided succor to Ed Snowden, when the DC shark pit would have crucified him alive; just as the same bloodthirsty pack will crucify Julian Assange too should they ever get their bloody incisors into him.

Now, rather than risk world war, the former US regime chose to tread a fine line with Russia in Syria, although outright war was much closer than the public realized or knew at the time.  The current shape-of-things-to-come will test that envelope once more, and in a very big way. By definition, the reappearance of war-criminal and dinosaur Madeliene Albright, to re-blight a thoroughly blighted major media proves that intent. Albright’s abysmal record and advanced years have evidently not prevented her from seeking a new term within the putrefying endless expanse of DC’s Neoliberal cesspool.

Lately the voluble Albright has graced the CIA-corporate-led media to tout all subjects great and small, whether the contagion and failed US foreign policy, to the Balkans  and somewhat erratic behavior of others.  Apparently the non-apologetic self-acknowledged child-killer is safe for the time being for the DC establishment to trot out again — after all these years — and Albright holds her CIA-surveillance state brief well, even at the tidy age of 83.

Along with Albright and other foreign policy wonks littering the Biden-Harris space (Jen Psaki, Sam Power, and Wendy Sherman etc) Mike Morell’s reappearance has been as inspired and imaginative as his call to murder Russians (with Iranians thrown in for good measure, of course).  Which apparently posed no problem for the incorporated CIA-run major media at the time; and whether Morell’s twitter account was ever suspended then for publicly threatening violence, remains unknown.

Notably the recent storming of the US bastille on January 6th caused our dear Mike to lament this failed example of democracy-in-action via a televised CBS news interview on that day, Mike posing that such brazen acts could be an inspiration for anti-American propaganda to be exploited by none other than… er, well, ahem… the Russians and RT! When a not-so-incredulous but mainly pandering CBS co-host pressed Mike about how Russia could possibly be running the Proud Boys to storm the capitol?? …our dear Mike back-pedaled a bit to say, well, like always (but never proven) the Russians definitely did hack Hillary in 2016 and cost her the election..  Leaving hosts and viewers alike somewhat baffled, but fortunately the CBS ‘analyst’s’ cum CIA guy’s conversation moved on, saving further embarrassment.

If public consciousness were not just a few milliseconds, the irony of media claims that Trump’s allegations about voter fraud are baseless since proof has not yet been provided, would not be lost on the public, when compared to US intelligence claims that Russian collusion in 2015 cost Hillary the election when no proof or evidential record of that has ever been provided, either.  But then again, Morell is a former CIA spy guy and CBS anchor, so that’s just how he rolls…

In closing we are left with one final perplexing and inevitable question: which CIA-led news network will pickup Gina Haspel and Mike Pompeo as news analysts going forward?  CBS too? And who is the next Clinton-Obama dinosaur and war criminal to re-appear and pollute the new regime in DC?

For certain, we shall see.

Steve is an antiwar activist, a published scholar on the US monetary system, and has appeared as contributor to The Duran, Fort Russ News, Herland Report, Lew Rockwell Report, The Ron Paul Institute, and Strategika51.

The man certainly has a almost vampiric blood lust..I agree with every line,especially about the line about,”malign infestation “,of takfiris militants in Syria,Mike Morell seems quite fond of them,but Vladimir Putin is well aware of the mental sickness that permeates neo libs/neocon types,and I’m sure he will be drafting measures to curtail these warmonger crazies,for Syria is now permanently part of the Russo sphere,and the trouble makers have to get that into their thick heads..

Who is the better man?

Vladimir Putin is great in my book,he saved Syria and Europe from US insanity,Europe’s societies would of buckled under the strain of the human tidal wave ,that would of occurred had president Assad and Syria had fallen,Vladimir Putin is a saviour to all that is good..

A good attorney would challenge that in court as a leading question. 😉

The Morass of Morellian Morality

Morell’s portrait above reminds me of a Francis Bacon painting, and I’m sure his psychological profile is equally disturbing. 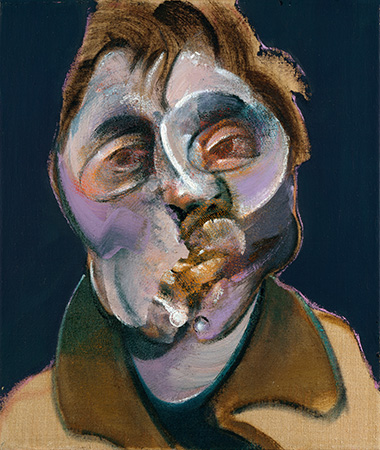 Curious George
Reply to  The Morass of Morellian Morality

Is that a group portrait of all those mentioned in the article?

Profiles in Pathology
Reply to  The Morass of Morellian Morality

I once was convinced that Krauthammer was in that same camp and that he actually changed his name in order to self-actualize as a perpetual victim. (or maybe from a secret lust for the methods of Nazi Germany). Could be both. Such confused folks often rise to the top.

I’m quite sure Morell is as crooked as he looks. 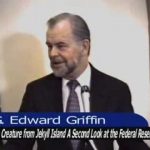 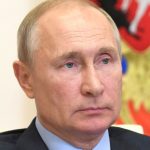