Sociocentric bias occurs when people uncritically accept certain beliefs and prejudices because that is the authoritative or dominant view of their social group or society. This is a phenomenon that leads to “group think”. Theoretically, if one were to disengage from the group geographically and intellectually for an extended period of time some semblance of critical assessment of the group would be possible.

After having spent twenty-five years of my life away from America and American thinking, I feel that I am in a position now to evaluate the country I grew up in from a more or less objective manner.

My American friends and relatives – for the most part – are convinced “things are progressing” and that America is evolving towards a more enlightened society. Except for the anomaly of Donald Trump and the deplorable Maga crowd, they contend, our nation is on an upward trajectory towards a more Ideal version of the American Dream.

From my perspective just the opposite is true. In terms of consciousness America, in fact, has gone backwards in time. Not just by a few decades, but by a few hundred years.

There’s a saying in the fashion industry that if no new creative ideas are being produced we simply revert to the past and copy former styles and patterns. This is what I see.

The Woke movement, for example, is really “the Great Awakening” version # 3.

In the 18th century and then in the early 19th century there were religious revivals organized by preachers who castigated the crowds for being horribly sinful. Having committed “moral transgressions” participants were urged to admit their sin of being all too human and required to engage in soul searching while feeling appropriate guilt and shame.

Robin Di Angelo – playing the part of a gentle yet stern Jonathan Edwards – is one of the preachers pointing the finger at herself and us white folk for the original sin of racism. We cannot rid ourselves of this shameful blemish, but we can perform public acts of contrition and practice self-loathing. To get along in your community and lead a good life you had to attend these revivals otherwise you were considered not “woke” and ostracized.  Take a knee y’all!

But haven’t we broken new ground in the arts? you ask

Not at all. Lacking original ideas we have returned to “sentimentalism” in film, literature, and other forms of art. Sentimentalism – like the Awakening – was an early 18th century reaction to and rejection of Enlightenment Rationalism.  Writers, for example, created works that “tugged at the heart strings” evoking tender emotions which were intended to bring about kindness, compassion and tearful sympathy.

In contemporary America this neo-sentimentalism is manifested as a decidedly anti-science social phenomenon.  So much so that many woke people genuinely and sincerely believe there is no such thing as biological sex. Irrational belief has become a Virtue. Critical analysis a Vice.

I have similar experiences after leaving the US decades ago but the cultural decline seems to be shared by most Western nations. Our youngest generations have moved significantly to the left on the political spectrum. Complacency and social grievances seem to be the order of the day. While China works relentlessly to tear down Western dominance we are discussing what toilet transpeople should use. I am bearish on The West but I still have hope for a push pack from the working man and woman. The madness must stop.

Obama was a space lizard
Reply to  Thor Williams Lihaug

Why do you assume that China ‘works relentlessly to tear down western dominance’, when all it might be trying to do is ‘build up its own country’?

Seems like just more of our very own, ingrown western arrogance to me………. kind of like an ingrown toenail….perpetually annoying and hard as the dickens to get rid of.

Many countries that I have visited have held a resentment of modern commercial American culture. I agree with them, I am traveling to escape it too. If you quit watching TV for a while most Americans appear possessed or intoxicated. Visit a hotel and watch TV for a while and you can see the pernicious effect it has on viewers. TV is textbook brainwashing that has been shaping minds for generations in the US and it shows.

Bread and Circuses
Reply to  Dwaine99

Every once in a while, the movie channels allow free access to entice you into subscribing. That’s when I start watching popular American movies of the last few decades, mostly to escape insufferable commercials. It’s a revealing window into what passes for ‘American culture’ and let me tell you, it’s a sight to behold. Violence, treachery, corruption, debauchery, perversion, sadistic ritual, masochistic ritual, prostitution, victimhood, anti-hero, flip-flop hero……you name it.

It’s a sick society. No way to argue or justify otherwise, and believe me I’ve tried.

The author’s assumption that there is an American Mind seems unwarranted and unrealistic. America is a place, a State, and a set of institutions with no mind. At one time there was an American Mind…but it’s lost. Proof? Well, for starters, they’re pulling down the icons and “elections” have become farcical and ineffective, broken, schemes to obtain “consent”. But totally unqualified and senile actors becoming anointed as “leaders” is proof enough. Want more? The actors rely on soldiers to protect them from the people… This happen when there is no national mind, as Brecht put it> Die LösungNach dem Aufstand… Read more »

Not much is going on in the American mind. When the head has no brain cells within it your expectations become merely unattainable.

The result of the AmeriCunt Exceptionalism Braindamages + Delusions of Grandeur.

Obama was a space lizard

I’m an American and have to admit: I’m scared as hell of asking that question and actually coming up with an answer, so I just chuckle at every new installment..

Best I can tell is it’s some interplanetary amoeba infecting the country.

Dwaine99
Reply to  Obama was a space lizard

I think it is another attempt at creating a central planning government. Destroy all culture and remove history.

What is really going on in the American mind? 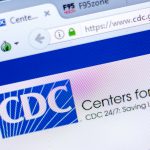 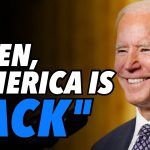